President's only descendant with no political office

eSports sector reacts to Bolsonaro's son lobby: “Does not represent the industry”

The only son of President Jair Bolsonaro outside of politics, Jair Renan, has been entering the government, even if unofficially, in one of his areas of interest: electronic games. The 22-year-old law student was received by the special secretary of Culture, Mario Frias, to discuss the “future of eSport” in Brazil. Without any experience in the games industry other than as a player, the reception of Jair Renan's name among the professionals in the sector was not positive. 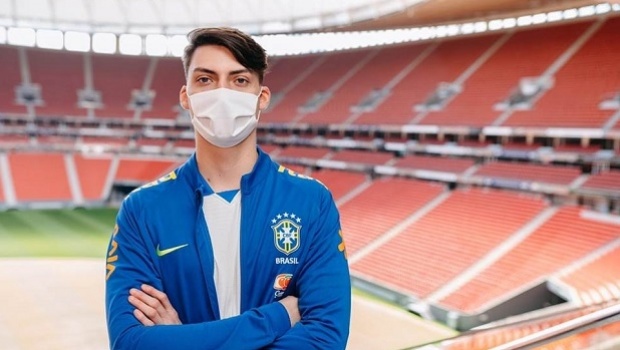 Cyber ​​sports are a topic that is very dear to professional players and software developers, who saw as proof of "neglect" with the sector the way the government dealt with the issue by allowing one of the president's children, without a recognized role in the sector, to lead negotiations about a market that grows in Brazil and worldwide.

The meeting between Frias and Renan came to be criticized in the press specialized in games and motivated articles by people connected to the competitive scenario of eSports. Professionals of the sector see a lack of transparency in the way the subject is approached. Starting with the fact that the meeting between the secretary and the president's son is not on the official's agenda, as well as the lack of information about the content of the conversation.

Asked about the meeting, the Special Secretariat for Culture reported that eSports are one of the topics of interest to be worked on in the management of Mário Frias for the development of cultural policies in Brazil. "With just over two months at the head of the portfolio, Frias has recognized the growth and importance of this segment for the country and, mainly, for the cultural environment," says the note.

Entrepreneur of the sector and professor in the digital games course at two colleges in the metropolitan region of São Paulo, Érika Caramello, has lived in games sector for 14 years. She criticizes the fact that experts in the field were not called into the conversation that involved Jair Renan and the future of cyber sport.

“What we regret in this episode, in this Renan issue, is that the federal government, which had one of its motives that it would be a government of specialists, is to call its own son to speak for an entire industry, and he is not an expert in this area, he has no experience, except as a player. Within the scenario, Renan does not represent the games industry; the industry is much more complex,” said the professor.

Before his father was elected president of the Republic, Jair Renan was a youtuber and game streamer. On his YouTube channel, he talked mainly about games. On Twitch, he used to broadcast his matches of League Of Legends (LoL), one of the most popular games in the world, which generates millions of dollars in prizes and draws a growing audience among young people. In addition to LoL, he also broadcasts Counter-Strike, the famous shooting game, which also has official competitions around the globe.

The eSports market has been developing in Brazil to the point where football clubs set up their own teams, from several different titles. Flamengo, Corinthians, Santos, Cruzeiro and Vasco, among others, have already invested in teams that compete in the most successful games in the world, including FIFA, the digital version of football.

For Caramello, Brazil needs to develop public policies that promote the valorization and demystification of games, in addition to improving services and democratizing the internet. “There was a single nod from the federal government, which was to reduce the prices of consoles [video games], but the consoles are consumed by people with high purchasing power, from higher social classes. When the federal government reduces this amount, at no time is it helping our industry,” she pointed out, recalling that games are taxed at 72% and are classified as games of chance.

Rivia Araújo has been working in the information technology area for 14 years, and has decided to further study the professionalization of games since her 15-year-old son demonstrated his desire to be a professional. In addition to IT, she is also a specialist in sport psychology, and studies pedagogy to establish methods of transition for young people who want to become a digital athlete. According to Araújo, the appointment of someone inexperienced like Renan to deal with a matter that involves the entire industry shows how much the government “is out” of the matter.

“Why are public policies being discussed? Is it to support, protect the community? Because if that's the case, first you have to dive into this universe, get to know people in order to, in fact, have a positioning and defense of this audience. Now, what they were actually doing there already raises a doubt because this issue would be included in the Ministry of Sports [Secretariat] issue,” says the expert.

However, there is not, within the scope of the Sports Department of the federal government, any specific program aimed at eSports. Due to the current regulation of benefits granted to sportsmen, high-performance professionals from digital games do not enter in that system.