The GMB One-On-One interview cycle spoke to Fabiola Olaso, Marketing Director at Vista Gaming Affiliates, one of the main online casinos in operation in Brazil. Under the brand vegascrest.casino, the company has stood out in the country with its proposal for slots, video bingo, table games and also live bingo, always with interesting bonus offers to retain customers. “The Brazilian market is very hot and everyone is talking about it”, says Olaso. 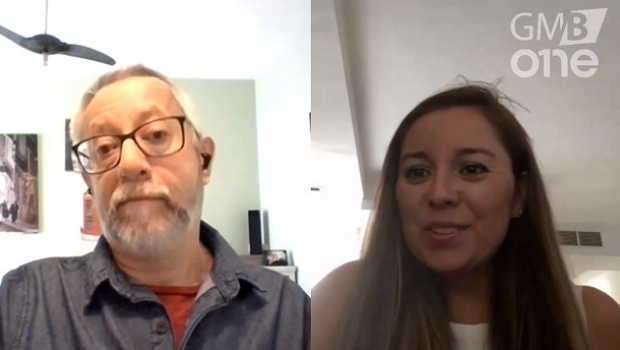 Check out the main excerpts from the interview.

And which are the brands aimed at Brazil and in the future for all of Latin America?
We are starting, of the five brands, with only one for the Latin market: vegascrest.casino, which is our largest casino that offers more than 700 games to Brazil. The idea, in the future, is to open Mexico, but at the moment we are just in Brazil. We want to focus on one market at a time. We always think about the Latin market because I am Latin, so the possibility has fallen from the sky. 'Let's go to Latin America’... And I was thrilled and went personally to help the LatAm market. We did it slowly because we wanted to do it well. There are people who open without the tools, but we decided to open more than two years ago until we were sure that the player could have a pleasant experience.

And why Brazil if there are other countries in Latin America where gambling is already regulated?
See, I'll be honest. Brazil has what enchants all Latins. Its taste. It is the largest country in the region, with more than 200 million inhabitants. We don't offer sports betting, but who hasn't played football in Brazil since they were kids? With the promotion of games of chance, everyone knows Brazil and I consider that thinking there is no regulation is not so. There has been talk of regulation for years, but there is nothing standing now that says that gaming has to be this way or that. We wanted to be there and enter first to have a study on the preferences of the players. That is why we do not expect that many are already operating in the country and that the public already knows all the brands. In order not to waste time, we decided to enter, be part from the beginning and establish our roots.

You don't have your own game creation and development studios, you only work with companies that are already established, is that eight?
We have an office for engineers, but what we developed was bingo software. We had some slots machines, a little outdated, but I wouldn't say they are of high quality in the market, so we focus more than anything on the live bingo game, in which a group of players play with each other and seek jackpot prizes, which are growing as card sales occur. We have guaranteed games and games that are just for the amount of cards purchased. We have six rooms for bingo games, these developed by Vista Gaming. As for the slot machines, we decided not to develop them, but to get the best games that exist and that are known by Brazilian players, such as those from Patagonia, which today is Salsa Technologies, Ortiz, GMC… We have more than 13 providers of slots, with 700 games only for Brazil.

And how do you see the Brazilian market? Do you already have many players?
As I said, we just opened the doors, and everything started slowly, but precisely. There is a characteristic in the Brazilian market. There is no large network of affiliates, as it exists in the rest of the world. The market was not prepared and there were not a lot of people selling media or this type of business. So, we set out to open the Latin American market and I was asked about where we would get the players and how to become known. That was a big challenge and I started looking for big affiliates, which are few. As the market is heated, everyone started to fight for positions. As we have good relations for the time we have been operating, we have achieved a lot of solid networking. The first players came in, saw us, and told others, like a site that offers a lot of games, paid, easily to deposit ... We hire Brazilian girls for customer support, so that he identifies himself, because there is nothing more unpleasant than going to a place to buy something and not be understood. Our idea when opening the Latin American market was also for the business to be conducted by Brazilians. The girls who serve the customer are local and we will soon open the live casino with Brazilian girls. So, we have been growing little by little. We didn't make a big splash or invest millions to position ourselves. More than anything, we grew by reference.

And what do you think of Brazil, which is still closed with no regulation yet but where you still are doing well?
At any moment it will open. At one time or another it will be decided. It is said that it's closed, but there are a lot of players online. So, is it closed or is it open? Or is it open and no one wants to talk about it? We are closed, but there are talk of 80,000 poker players during the pandemic. That is, are we open or are we closed? It is ironic and I don't know what to say. I believe that if the government hurry up a little more and put a logical regulation, I am sure that the operators would be the first to want to apply the licenses. May the government regulate! Everyone is in favor of regulation, as it is a guarantee of protection for the player and that no one will run away with his money. For this reason, we always recommend people who want to play, to do so in a place that is known. And not in a new company that opened last month. Where are you playing? This is the problem of not having regulations for the sector. People play and they will not be protected. Creating regulations is very important to avoid dishonest people. The market is open, and people play, like to play, and will continue to play. This will not end, with or without regulation. Which government will be able to control more than 200 million people?

How to understand the Brazilian player and create games that enchant him?
The most important is to know the culture. What goes well with one does not go well with another. I believe that in Brazil what attracts the player is the video bingo and the machines. The Brazilian is a happy person and wants to see things that represent him. This grace and energy ... We don't think, at the moment, of opening sports betting, but tell me: Who doesn't celebrate a goal? Who doesn't like to bet for their local team? We all like it. Me too. We Latinos even bet on the Virgin. This is true. The Latino has a culture of buying lottery tickets since he was a child. We even play bingo at the church. My grandmother took me to bingo at church. She used to tell me: 'Come on, kid, let's go to bingo'. It is in us. It is in the blood of the Latin. It is in the Brazilian's blood. I believe that Vista Gaming Affiliates, with the brand vegascrest.com, has many opportunities to satisfy the wishes of players in the Brazilian market with our products.

Is your license from Malta?
Yes. We operate directly from here, except, as I mentioned, the operation of the support office in Brazil. And soon we will also have new girls to work on the games inside the bingo halls. We will soon have live animations. When people are playing, a girl, called a chat manager, who will interact with the players, will talk about everything a bit and make jokes for the client to win additional prizes. The goal is to entertain people online.