Brazil should regulate sports betting according to international best practices

In a webinar organized by ANDD - National Academy of Sports Law, legal experts discussed sports betting and result manipulation. Lawyers Udo Seckelmann (Bichara and Motta) and Luciano Andrade Pinheiro (Corrêa da Veiga Advogados) together with sports integrity consultant Tiago Horta Barbosa and other experts, agreed that Brazil has the potential to be one of the three largest markets in the world. 'To reach the correct regulation, the time to debate and bring ideas is now,' they said. 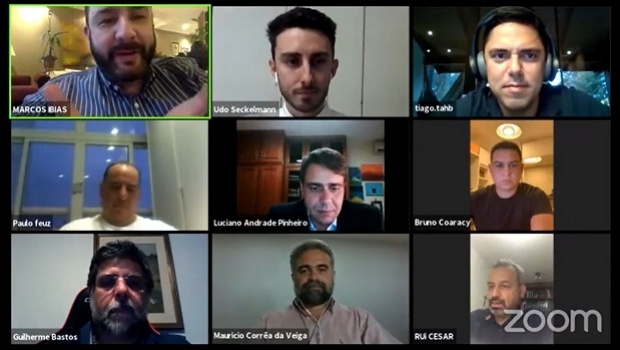 Maurício Corrêa da Veiga, minister of ANDD and partner at Corrêa da Veiga Advogados, welcomed everyone and stressed the importance of the topic, as it was “extremely current”, inviting Udo Seckelmann, ANDD Jovem member to mediate the meeting, which included the participation of Tiago Horta Barbosa, consultant in sports integrity, and Luciano Andrade Pinheiro, lawyer and member of the Academy. The panel also included the president of ANDD and minister of the Superior Labor Court, Guilherme Caputo Bastos; the president of ANDD Jovem, Bruno Coaracy; and Paulo Feuz, member of ANDD. 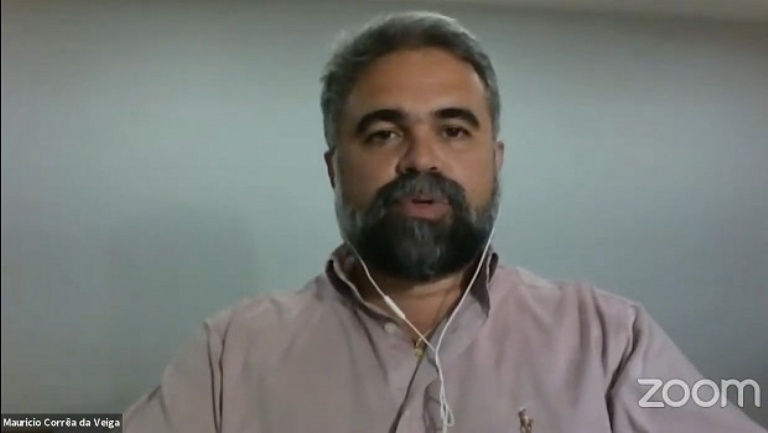 Udo said that on the topic it has been very common to spread news that the regulation of betting will cause the government to raise billions of dollars in bets, that the country has the potential to be one of the three largest markets for sports betting and that clubs could receive R$ 300 and R400 million (US$55m – US$75m) from partnerships with sports betting companies.

“But this information does not take into account a complete scenario, analyzing statistics and other countries that have already regulated the activity. For Brazil to reach this potential, it is important to regulate the activity correctly and observe the best international practices,” he said, recalling that it is important to discuss issues such as license system, taxation of the operator and bettor, penalties, combating the manipulation of results and money laundering. 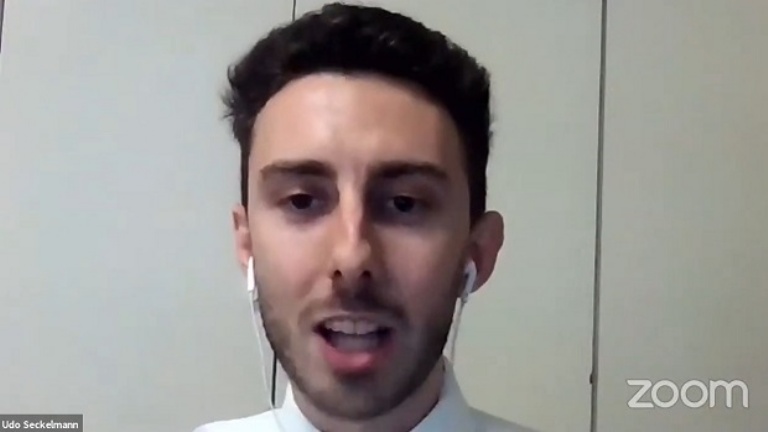 As an introductory question, Udo asked Luciano Pinheiro about the current situation in Brazil in relation to Law 13.756, which instituted sports betting in the country. The lawyer explained that he studied the topic based on regulations in other countries to understand the Brazilian proposal. “The activity in Brazil is a reality. Online sports betting has been done for 15 years in the country and the law was instituted, but we were hoping that the regulation would be quick, as the government needs to collect. The law is two years old and so far no regulation has been made,” he said.

According to him, it is important to highlight that the law defined that sports betting will be exploited by the private sector in competition. "This is important, because when it comes to betting in Brazil, especially lotteries, there is the monopoly of Caixa Econômica Federal and in the case of sports betting, the law says that it will be in competition with authorization or concession." 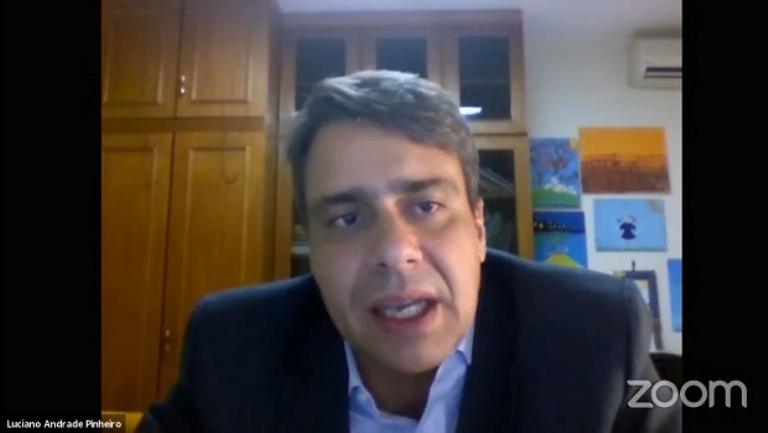 Luciano says that the bettor's governance issue is very important. "The care with the bet must be in mind, not allowing it to be addressed to children and teenagers and that physical locations are far from schools." The decree recently signed by the Presidency of the Republic resumed the discussion of the topic, in its evaluation. “The routing of sports bets to a PPI program, under the responsibility of the BNDES for the feasibility study, made the project go ahead again.”

“The big bottleneck is the issue of taxation and if it is well handled, it can end in good results. You can't tax a bookmaker on the volume bet, but on the financial result for the agent,” he said. And the taxation on the bettor must also be well analyzed, according to the lawyer. "The tax should be on the profit you made on the bet and not on the total bet," he explained. 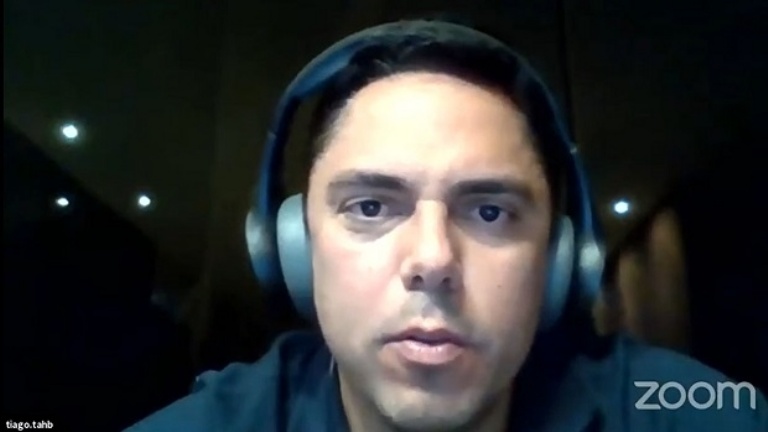 Tiago Barbosa agreed with Luciano's position on the issue of taxation and stated that “in order to have effective regulation, it is necessary to create an attractive market and that government does not think that betting is the solution for the country's economy through a great taxation.” On the importance of regulating betting to protect sports integrity, he said that it is impossible to ban sports betting. “One of the solutions for the healthy functioning of the activity is important to regulate and create good rules. The proposal in progress has positive aspects, such as the identification of bettors,” he said.

According to him, with the identification it is possible to evaluate a possible money laundering attempt. "Obtaining information from bookmakers about suspicious financial transactions is healthy for the business and also allows for analysis of issues related to earnings manipulation," he commented. It is important, according to Barbosa, that bookmakers, public bodies and football federations are willing to develop useful integrity channels.

Still on regulations, with regard to the concession regime, Luciano said that it is difficult to adopt criteria and place a bid to define winners for the exploration of the activity. “The authorization regime would be much better for Brazil. The bookmakers that already operate in the Brazilian market, as they are publicly traded companies, have strict governance rules and if the activity is regulated in the country, they will not be able to continue operating if the market is open, otherwise they will suffer consequences in their countries of origin.”

Combating results manipulation, according to Barbosa, is everyone's responsibility. “Today, control is based on fraud detection systems, such as those carried out by important companies in the market, such as Sportradar, Performer and Betgenius. They analyze the movements, the odds, in the betting market and can identify anomalies that may suggest fraud in matches. But such detection is difficult. In order to be able to effectively identify fraud, it is necessary to invest in serious reporting channels and take complaints to criminal courts.” 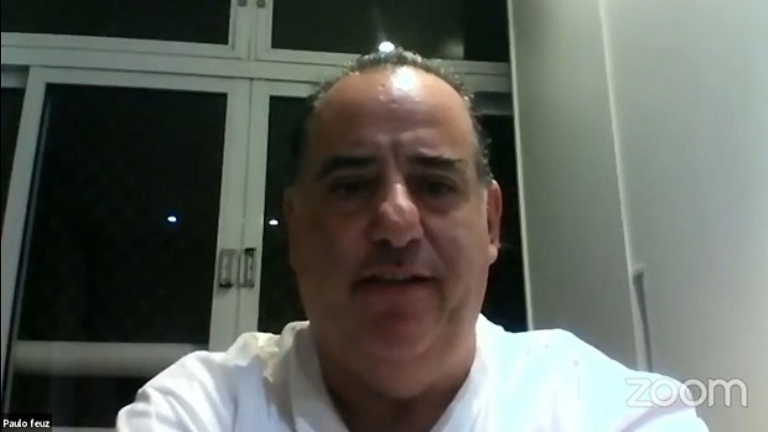 On this issue, Paulo Feuz, a member of ANDD, commented that a case of manipulation of results was recently judged in the STJD “and the tolerance was zero”. According to him, some clubs in Rio de Janeiro that were involved were punished within the scope of sporting responsibility. “Our process is very fast and does not allow waiting for the production of evidence that we have in criminal proceedings. That’s why only sports accountability happens,” he said.

According to him, two scenarios call attention, one commercial and one legal. “Everyone says that the betting market is a financially favorable scenario. The gambler is not a fan and is only concerned with making money. We have bets on turf in Brazil and horse racing is not so attractive, so much so that the jockey clubs are in a very bad financial situation. In other words, what attracts the bettor are the possibilities of big winnings,” he analyzed, asking, from a legal point of view, whether a club could be held liable in the event of result manipulation if a bettor demands a bookmaker.

Luciano said it is a very productive discussion and it is necessary to understand who is being harmed. “In a sports bet, the bettor is harming the bookmaker, which is an intermediary. And the bettor who played in the opposite result is also being harmed. We have a consumer, civil and criminal law relationship so that these practices can be analyzed,” he analyzed.

Barbosa said it is difficult to identify the bookmaker as responsible for handling a result. "He is also a victim of this situation, as well as the bettor who bet on a result contrary to that manipulated." 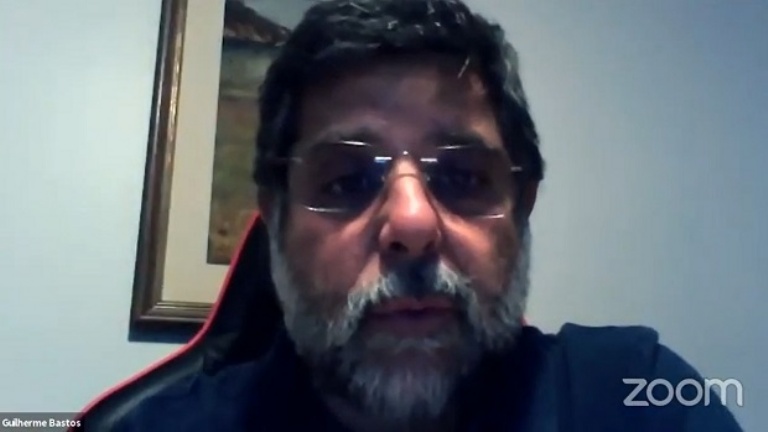 Guilherme Bastos commented that there is a large volume of bets on football games, in addition to the existing variations, such as betting on the first goal, who will start the game, how many corners, who will hit a penalty etc. “So, it is important that everything is done in a transparent way and that investments in complaints are guaranteed. If Brazil is a world champion in fraud, there must be a channel in the CBF, in the Ministry of Sport or in the National Secretariat of Sport to receive complaints and seek an appropriate investigation,” he said.

Regarding the comment made by the president of ANDD, Bastos said that monitoring companies are hired by federations for data analysis and fraud detection. “Sometimes I went to visit some federations with cases of manipulated matches, and, in several cases, there was no interest on the part of some federations to proceed with the complaint. In the case of the company where I worked, in Europe it works with federations and with police and government agencies to forward identified data for these agents to act,” he says.

At the end of the webinar, Udo stated that “if the regulation goes out and ends up harming market players, either because the state over-taxes the activity and / or limits the number of licenses granted, it is clear that Brazil will not reach its potential. The prize is high, but the work path is still long."