The tycoon died at the age of 87

Sheldon Adelson, the man who lobbied the most for the reopening of casinos in Brazil

Adelson was always one of the most interested in the idea of creating a legal framework authorizing the installation of casinos in IRs in Brazil and lobbying for the reopening of the activity. In 2017 he met with then President Temer in Brasilia and visited São Paulo and Rio de Janeiro to show your projects and promise strong investments. He also received in Las Vegas in 2019 current Minister of Tourism Gilson Machado Neto. In congress, a resort casino law that his opponents call the 'Sheldon Adelson Law' is still being processed, since it responds to the interests of the tycoon. 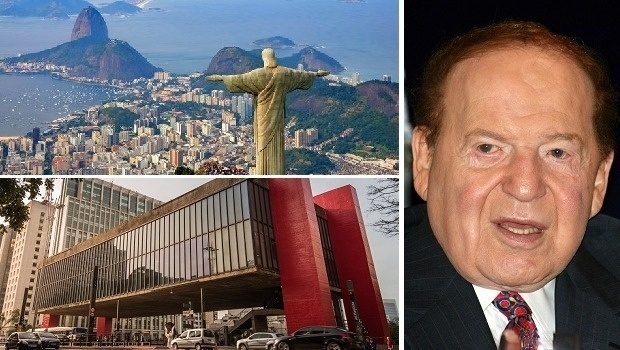 The businessman and major donor to Republican politicians in the United States, Sheldon Adelson, died on Tuesday (12), from complications related to cancer, his company informed. He was 87 years old and had taken a leave of absence last week to resume treatment for lymphoma. Adelson was president and CEO of casino and resort company Las Vegas Sands.

Adelson was the first employee at Sands. Since then, the company has grown and today hires 50,000 people. "Its impact on the industry will be eternal," said Las Vegas Sands. He and his wife are friends of President Donald Trump, who also owns a resort in Las Vegas.

The owner of the group Las Vegas Sands Inc was one of the main financiers of the conservative movement in the USA. It was his idea to transfer the US embassy from Tel Aviv to Jerusalem. In 2012, he disbursed US$150 million to Republican candidates and, in 2016, invested US$25 million in the Donald Trump campaign. For Trump's re-election, the tycoon donated just over US$1 million.

Adelson has always been one of the most interested in the idea of ​​creating a legal framework authorizing the installation of casinos in IRs in Brazil. He was lobbying for the reopening of the activity, defending the end of the ban imposed in 1946.

The CEO of the Vegas Sands Corp Group attended a lunch with the President of Frentur, Federal Deputy Herculano Passos, in 2017, who coordinated the meetings between Adelson and the president of the Republic, Michel Temer, and the Chamber of Deputies, Rodrigo Maia. 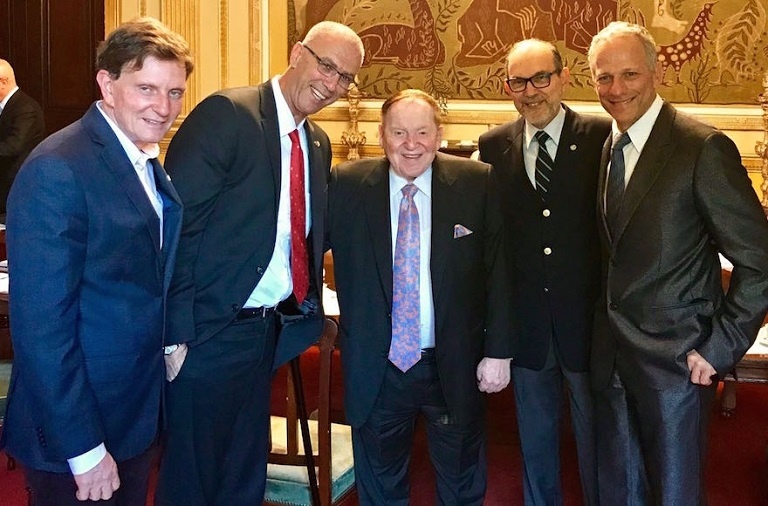 In 2018, during a visit to Rio and Brasilia, he had meetings with figures like the then mayor Marcelo Crivella. The American billionaire made it clear what his interests are in the country: “I'm here to consider investing in one or more integrated resorts. LVS wants casinos to be restricted to tourist complexes - the integrated model that, for the company, is the only one that can bring the desired benefits.”

“I received a visit from Sheldon Adelson, and he is very interested. His idea was to buy [the airport area] Santos Dumont. I took it out of his head, so he could buy Porto Maravilha. And here we can have a casino like what he did in Singapore, where 5% is the casino, and it has an exhibition center, convention center, hotel with two huge towers, 50 meters, and a swimming pool upstairs. He told me he has more revenue in Singapore than all Las Vegas casinos. He is crazy to invest. His commitment: US$ 10 billion and generate 50 thousand jobs,” revealed Crivella.

In 2019, the president of the Brazilian Tourism Institute (Embratur), Gilson Machado Neto, and Adelson discussed the advantages of Brazil creating a legal framework authorizing the installation of casinos linked to resorts. At another important meeting in Las Vegas, Sheldon explained that the legalization of casinos in Las Vegas resorts, and in the USA, changed the city. "The resort / casino model can be something important and deserves to be discussed in a serious and transparent way in Brazil", said Machado Neto.

In January 2020, the Brazilian delegation led by Senator Flávio Bolsonaro was received in Las Vegas by Rob Goldstein, CEO of Adelson's LVS Group. "They are willing to invest around US$ 15 billion in 2020, just do our homework," said the president's son, who showed his clear support for the legalization of integrated casinos in Brazil. He was accompanied by Minjstro de Turismo, Gilson Machado and deputy Hélio Lopes.

The strong lobby had an effect on the government, with figures like the Minister of Economy, Paulo Guedes, and the Mayor, Rodrigo Maia, indicating support for the end of the veto. Even Bolsonaro, who during the campaign went so far as to say that casinos would serve to "launder money" and "destroy families" in Brazil, seems to have changed his mind. The subject, however, raises questions among the evangelical base. 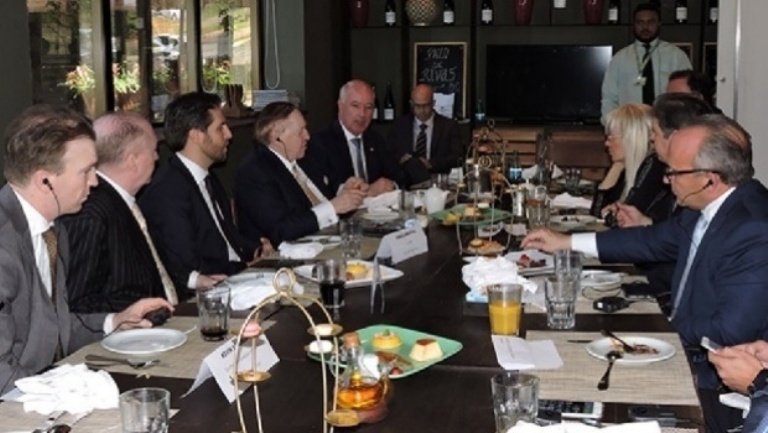 In Congress, the “Sheldon Adelson Act”

The agenda on the legalization of casinos heated up 2019 in Brazil after Bill 530/2019, authored by federal deputy Paulo Azi (DEM-BA), which authorizes “exploitation, throughout National Territory, of games of fortune exclusively in casinos established in integrated resorts,” exactly the business model led by Sheldon Adelson.

The resorts, according to the text, “are enterprises that are made up of means of accommodation and a set of facilities, services and products aimed at the visitor's entertainment, such as convention centers, casinos, spas, restaurants, bars, shopping malls, art galleries, museums, theaters, musical shows, golf courses, sports squares, theme parks and water parks.”

In the text of the project, Paulo Azi justifies that the purpose of the proposal "starts from the premise that gaming already exists in Brazil, but is mostly illegal and minority legalized through lotteries operated by the Union (Caixa Econômica)". According to the project, what is intended is not to create something new, "but to legalize, regulate and tax this major part, in order to bring formality to an activity already underway, in addition to strengthening and dynamizing tourism in Brazil."

A person who followed the group's negotiations in Brazil told Pública newspaper that these were the two requirements of Sheldon Adelson: that legalization should be restricted to the model of casinos integrated with resorts, and that the number of licenses for each city should be restricted. Despite having met with Sheldon Adelson on two occasions, federal deputy Herculano Passos said that “at no time” was “approached by the entrepreneur, or whoever he may be, to present or mediate project presentation on casinos, despite defending the cause."