Sheldon Adelson, tycoon and founder of casinos in Las Vegas and Macau, dies at 87

Las Vegas Sands founder and visionary leader, Sheldon G. Adelson, passed away at the age of 87 from complications related to treatment for non-Hodgkin's Lymphoma. His impact on the industry will be everlasting. In Las Vegas, Macao and Singapore, Adelson's vision for IRs transformed the industry, changed the trajectory of the company he founded, and reimagined tourism in each of those markets. He always had the project to build casino-resorts in Brazil, country that he visited a few times. A funeral will be held in Israel, with a separate memorial planned for Las Vegas at a later date. 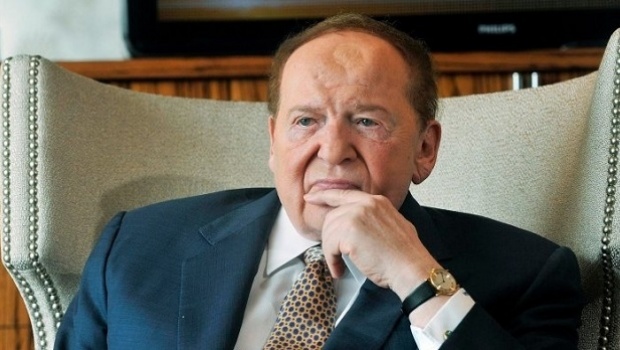 Born to immigrant parents and raised in a poor section of Boston, Mr. Adelson went from a teenager selling newspapers on a street corner to becoming one of the world's most successful entrepreneurs.

His achievements in the integrated resort and hospitality industry are well-documented.  In Las Vegas, Macao and Singapore, Mr. Adelson's vision for integrated resorts transformed the industry, changed the trajectory of the company he founded, and reimagined tourism in each of those markets.

His impact on the industry will be everlasting. Mr. Adelson was the first employee of Las Vegas Sands – "Team Member Number One" he liked to say.  Today, more than 50,000 Sands team members have Dr. Adelson and the entire Adelson family in their thoughts and prayers and are grateful to have had their lives touched by a true force of nature.

When the pandemic disrupted daily routines and dramatically impacted his business, Mr. Adelson was adamant that our Team Members across the globe continue to receive full pay and health care benefits even while the buildings in which they worked were closed.  There are countless additional untold stories of his warmth and generosity – efforts for which he never sought recognition or publicity and would only reply with a smile if asked about them.

While his business credentials – having started or been involved in more than 50 different enterprises - are unquestioned, his dedication to philanthropy and commitment to his family will truly be his legacy.  He will be missed by people from all parts of the world who were touched by his generosity, kindness, intellect and wonderful sense of humor.

The Adelson family asks for privacy as they mourn Mr. Adelson's passing.  A funeral will be held in Israel, the birthplace of Dr. Miriam Adelson, with plans for a memorial service held in Las Vegas to be announced at a later date.

Adelson, when he was first diagnosed with cancer, did not participate in the company's quarterly earnings conference calls for a year, but never formally took a medical leave.

Las Vegas Sands revealed its diagnosis only after The Nevada Independent reported on February 28, 2019 that Adelson was in poor health and could not testify in a long-standing civil case in Las Vegas against him and the company.

“I am extremely moved by all the calls and emails I have received in the past few months. It is remarkable to hear from so many people, including many of you who joined us today. I am deeply grateful for the good luck and everyone who took the time to reach me. It certainly means a lot,” said Adelson in October 2019 during the company's third quarter conference call.

Adelson, who currently ranked 19th in the Forbes 400 ranking with a net worth of US$35.9 billion, founded the Las Vegas Sands after buying a Las Vegas Strip casino of the same name in 1987.

The company operates casinos in Las Vegas and Macau and has a market capitalization of almost US$45 billion. On the Strip, the rat pack era Sands was demolished in 1997 and the venue was replaced over the years by the Venetian Palazzo and Sands Expo and Convention Center.

Adelson led the onslaught of the US gambling industry in Macau, opening Sands Macau in 2003. The company now has five properties in the Chinese gambling enclave.