Next Sunday 30th, at Maracanã stadium

Santos Futebol Clube, one of the most traditional football teams in Brazil, secured Epic Games as its sponsor for a single game. Through the agreement, Santos will display the Fortnite brand on its jersey during the final of the Copa Libertadores next January 30, against Palmeiras, at Maracanã Stadium in Rio de Janeiro. Financial details of the sponsorship have not been revealed. 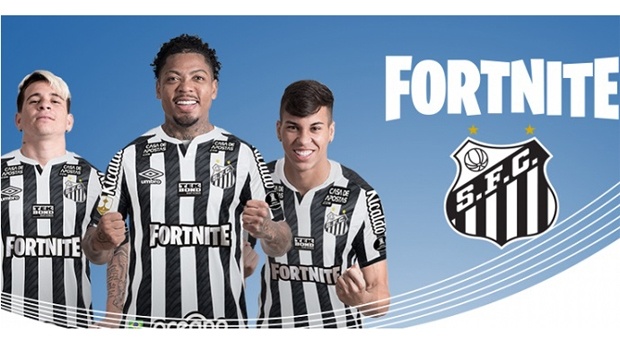 It is the most important game of the season for both Santos and Palmeiras, as the winner qualifies for the FIFA Club World Cup in Qatar, for which German club Bayern München has already qualified after winning the UEFA Champions League.

In addition to prominently display the brand on the jersey used in the game, the agreement also brings activations and a Fortnite video to be published on Santos' official social networks. The deal was closed by the marketing agency Druid, which serves Epic Games in the areas of communication and business in Brazil.

Although the agreement is valid only for one game, this is not a unique approach to Santos in the world of games and electronic sports. The club licensed its brand to Select eSports, which manages Santos eSports, with a presence in League of Legends, Free Fire, PUBG Mobile, Rainbow Six Siege, Counter-Strike: Global Offensive, FIFA and Pro Evolution Soccer .