Big Brother Brasil is a success and has become an increasing phenomenon also in social networks. Not for nothing, online bookmaker Sportsbet.io has already launched betting opportunities on who will win the 2021 edition even before its inaugural edition goes live. Due to the probabilities measured by the company, digital influencer Camilla de Lucas is the one who today would have the greatest chances of winning BBB. With the same odds, rapper Projota appears tied in favoritism, with 20% chance for each of the two. 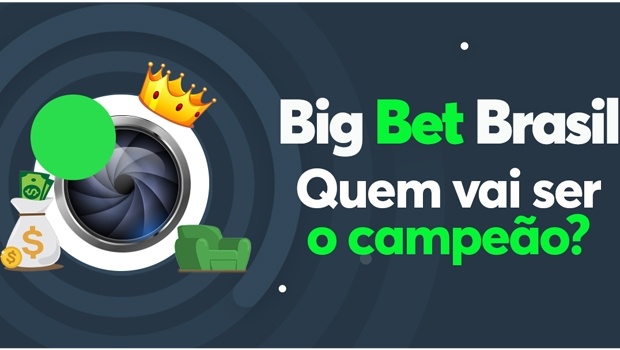 Following the list calculated by Sportsbet.io, a quadruple draw among the most favorites in the row below: also members of the group “Camarote” (part of the cast composed of celebrities), appear the actors Lucas Penteado and Carla Diaz, following from the anonymous of “Pipoca”, with psychologist and DJ, Lumena, in addition to professor João Luiz.

Turning the list upside down, there are also predictions from those who are least likely to pocket the final prize of R$ 1.5 million. With only 3.33% probability, farmer Caio is the last in the ranking. The anonymous, member of the group “Pipoca”, is followed surprisingly closely by three participants of the “Camarote” group: the famous ViihTube, actress and youtuber, as well as the musician Rodolffo and the comedian Nego Di.

For anyone interested in placing bets and trying to predict the winner of Big Brother Brazil, the logic is very simple. Each odd is the value of the money multiplier for those who want to bet. Therefore, if someone chooses to bet that Projota, for example, will be the winner, with odds of 5.00, it means that each real bet will be multiplied by 5. If a punter bet 100 reais on this option and the rapper really wins the show, the bettor will earn 500 reais. The logic works successively for each participant, and the less favorite he is, the higher the quote.

To check all the Sportsbet.io special markets for BBB, it is only necessary to click here. There, it is also possible to bet if the winner of the program will leave one of the two groups of the show: Camarote or Pipoca. The site also promises to have betting options for the much talked about weekly walls.

After promotional actions such as “Black Friday do Mengão”, “Does Today have a goal by Gabigol?”, and “NeyDay”, the bets on BBB continue for the second consecutive year on Sportsbet.io. The action is yet another event that brings the site closer to the Brazilian public.

The brand already has other activations in the country, such as sponsorship of Flamengo and Imperial - a recently two-time CBCS team in the eSports category - in addition to presenting former five-time world champion Denílson as its official ambassador in Brazil.

Globally, the betting site displays its brand on the jersey of Watford and Southampton, as well as being a betting partner for Arsenal, all teams of traditional English football.