Centrão wages war with evangelicals for gambling liberation in Brazil

The battle in the government between those who support and those who oppose gambling legalization in Brazil is analyzed by journalist Lauriberto Pompeu, in Estadão. According to him, “advanced discussions in Congress have placed two groups allied with the Jair Bolsonaro government in opposing sector. Centrão - set of political parties that do not have a defined ideological orientation- acts to approve a broad proposal including jogo bo bicho. On the other hand, evangelicals claim that gambling addiction harms families.” 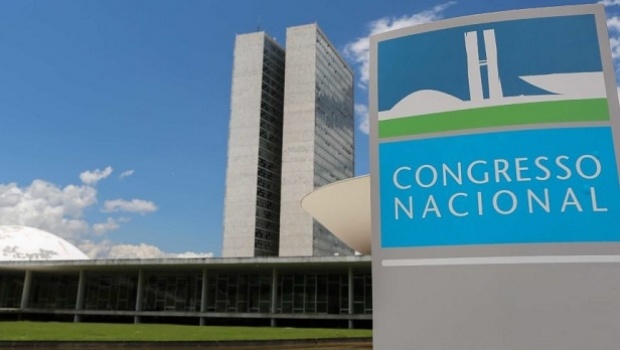 The advance of congressional discussions on the legalization of gambling has placed two of the Jair Bolsonaro administration's main allies in opposing camps. On the one hand, the Centrão acts to approve the release of a broad proposal, which even includes jogo do bicho, under the justification that it will boost the economy and tourism. On the other hand, evangelicals claim that gambling addiction harms families and goes against the religious values ​​they defend. In the midst of them, the Planalto Palace - seat of the executive branch of the Brazilian Federal Government - avoids taking a stand, but the president's eldest son, senator Flávio Bolsonaro, is one of the advocates of making gambling legal in the country.

Gambling has been banned in Brazil since 1946, when then-president Eurico Gaspar Dutra stated that Brazil's “moral, legal and religious tradition” did not match the practice, in addition to considering them “harmful to morals and good customs." Since then, several proposals have been put forward to legalize gambling, but none have moved forward.

One of the main leaders of the Centrão, the president of the Chamber, Arthur Lira (Progressistas-AL), decided to try again and created, last month, a working group to discuss a project on the subject. Lira appointed congressman Felipe Carreras (PSB-PE), his ally, as rapporteur, and intends to put the proposal to a vote in the plenary in November.

The starting point of Carreras' text is a project already approved by a special committee of the Chamber in 2016, but which never had a vote scheduled in the Plenary. The proposal regulates the activities of casinos integrated with resorts, slot machines, online betting, bingo and jogo do bicoh, in addition to a general amnesty, extinguishing legal proceedings in progress. Currently, exploiting games of chance is considered a criminal misdemeanor, with a penalty of up to one year in prison.

According to Carreras, although the project is broad and even includes the jogo do bicho, its focus will be to release casinos integrated into resorts. "It has an instrument to inspect and collect. What is the consequence of that? To generate formal employment. When you bring (to Brazil) the great integrated casinos of resorts in the world, you have a tourist product. Spain, France, Italy, Germany, Portugal, UK, Canada, Mexico have casinos," he said.

While Lira speeds up the debate in the Chamber, the Senate is also analyzing at least three bills on the subject. The president of the House, Rodrigo Pacheco (DEM-MG), said two weeks ago that he can put one of them to a vote if there is an agreement.

One of the proposals has as rapporteur the senator Ângelo Coronel (PSD-BA) and is limited to regulating the opening of casinos in hotels. According to Coronel, the release of these projects could generate revenues of R$ 30 billion per year for the country. The calculation is based on the participation that the gaming sector has in Italy's economy and takes into account that the taxation on them in Brazil would be similar to the applied today in sports betting.

"In Italy, around 1.3% of the GDP is the result of the activity. If we take Italy as a base, the revenue for federated entities (in Brazil) will be around R$ 30 billion with taxation similar to the sports tax paid by the Caixa Econômica Federal," said the PSD senator.

Coronel has Flávio Bolsonaro's lobby in his favor, the "Zero One". In early 2020, the president's son visited casinos in Las Vegas, in the United States, accompanied by the then president of Embratur and now Minister of Tourism, Gilson Machado, and senator Irajá Abreu (PSD-TO), who is also the author of a project that envisages resort casinos. At the time, the group met with Sheldon Adelson, a supporter of former US President Donald Trump who at the time headed Las Vegas Sands, one of the largest companies in the world in the casino business. Before that, Adelson even met in 2018 with Bolsonaro, then president-elect, and Paulo Guedes, minister of economy to discuss the issue. The American died in January of this year.

Despite his son's lobbying, Bolsonaro has said that, if passed, he will veto the measure, but leaves open the possibility that his decision will not be final. “I think there will be more to lose than gain right now. If by chance it approves, I have my veto, which is natural, and then Congress can overturn the veto. Yes, what is being discussed so far will have my veto. Period,” stated the president in an interview with Veja magazine at the end of last month.

The government leader in the Chamber, Deputy Ricardo Barros (Progressistas-PR), however, said that this is not the case. According to him, there is still no official position by the Planalto on the subject. "It depends on the scope," Barros said of the government's support or veto of the initiative.

Meanwhile, the evangelical bench says it will spare no effort to prevent the legalization of gambling from progressing. "My position against the legalization of gambling remains the same, I'm viscerally against it, and because it's about principles, it will never change," said Congressman Marco Feliciano (Republicanos-SP), evangelical pastor and one of the closest congressmen to Bolsonaro. "I haven't talked about this matter with the president, but as far as I know him I don't think he's in favor of it."

The legalization of the activity is not only facing resistance from evangelicals. Tax auditors have also stepped up the pressure for the initiative not to be approved. The National Association of Tax Auditors of the Federal Revenue of Brazil (Anfip) released a statement at the end of last year declaring that "the harmful effects resulting from gambling outweigh any possible economic gain arising from the practice."

The association stated that, "in addition to encouraging illegal activities such as corruption, prostitution, drug trafficking and money laundering, it can cause serious damage to health, triggering diseases such as ludopathy - pathological compulsive disorder recognized by the World Health Organization (WHO), caused by gambling addiction."

In addition to the divisions between the two groups that support the government, Bolsonaro's own ministers have antagonistic positions on the issue. At the ministerial meeting on April 22, 2020, which was released after a decision by the then STF minister Celso de Mello, the ministers of Economy, Paulo Guedes, and of Women, Family and Human Rights, Damares Alves, and the former minister of Tourism Marcelo Álvaro Antonio exchanged criticisms on the subject.

"It has to be a very well-done project that I believe can be, in this process of recovery, a great opportunity for Brazil to attract large complexes, of which only 3% are used for casinos. And another, this has no impact directly none in the family of Brazilian workers," said the former minister of Tourism at the time.

To which Damares, who is an evangelical, replied: "A pact with the devil!"

The Economy Minister also defended the idea of ​​legalizing the casinos. “That thing over there doesn't bother anyone, Damares. The president speaks of freedom. Let each one fu** the way they want. Especially if the guy is legal age, vaccinated and a billionaire. No Brazilians enter there. No unprotected Brazilians enter. Understand?” Guedes declared at the meeting.

The projects on the subject in progress at the Congress

Replacement to Bill 442/1991: Legalizes and regulates the activities of casinos, jogo do bicho and bingo in Brazil. The text also amnesties accused of the practice of illegal exploitation of games of chance and extinguishes the legal proceedings in progress. Presented by deputy Guilherme Mussi (Progressistas-SP) and approved by the special committee of the Chamber in 2016, it has been stopped since that time and has not been taken to the plenary. It is the text that serves as the basis for the working group set up by Lira on games of chance and which has deputies Bacelar (Podemos-BA) as president and Felipe Carreras (PSB-PE) as rapporteur.

Bill 186/2014: Authored by the licensed senator and currently minister of the Civil House, Ciro Nogueira, from Progressistas do Piauí. It was rejected by the CCJ of the Senate in 2018, but regimentally it can still be analyzed by the House's plenary. It also releases and regulates casino games, bingo and jogo do bicho.

Bill 4495/2020: Authored by senator Irajá Abreu (PSD-TO). Less comprehensive, it releases and regulates resort-integrated casinos. It is pending analysis by the Senate floor. The rapporteur is Senator Veneziano Vital do Rego (MDB-PB), who has not yet presented an opinion.

Bill 2648/2019: Reported by Senator Angelo Coronel (PSD-BA) and authored by Senator Roberto Rocha (PSDB-MA). It is also limited to regulating and releasing casinos attached to resorts. It is being processed in the Senate's Regional Development and Tourism Committee, but has not yet presented a report.

Bill 595/2015: Authored by former senator Donizeti Nogueira (PT-TO). It deals with environmental protection and the promotion of ecotourism in Conservation Units through shared management with casino hotels authorized to explore gambling. It also creates a new tax, the Cide Verde - Contribution for Intervention in the Economic Domain, levied on the operation of casino hotels. Since 2018, it has been shelved on the Senate Economic Affairs Committee. The rapporteur is Senator Fernando Bezerra Coelho (MDB-PE), now leader of the Bolsonaro government in the Senate, who has not yet presented an opinion.