With Lira's push and the division at government base, casinos legalization returns to debate

In an article published in Gazeta do Povo newspaper, columnist Olavo Soares analyzes the debate surrounding the legalization of gambling in Brazil. He points out that the issue should be among the most debated topics in Congress in the coming weeks. “The president of the Chamber, Arthur Lira, installed a working group in the House in charge of presenting a proposal on the subject to be voted on in the plenary. He expects this to happen by the end of the year,” he says. 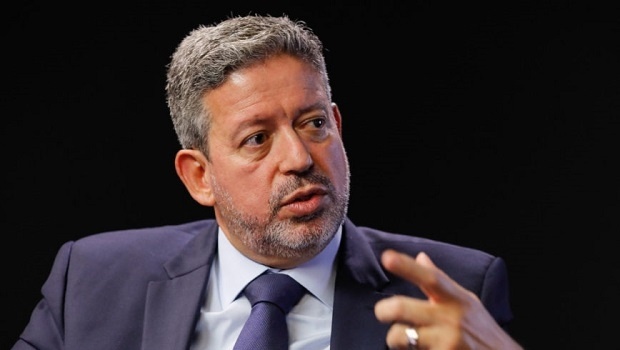 Submitting the proposal [on the legalization of gambling] to the plenary's analysis – instead of relegating it to virtual drawers – was among the promises of Lira's campaign to be elected president of the Chamber, at the beginning of the year.

The legalization of casinos and other games of chance has, in theory, the support of a leading figure in Congress who currently occupies an office at the Planalto Palace: Ciro Nogueira, a licensed senator and current minister of the Civil House of President Jair Bolsonaro's government. Nogueira is the author of a bill that also provides for the legalization of gaming vericales in Brazil, and which is in progress in the Senate. "I hope that his presence [on the Planalto] will help in the approval, but this is not an ideological question," says deputy Bacelar (Podemos-BA), president of the working group created by Lira to debate the issue.

The minister of Tourism, Gilson Machado, is also a supporter of the initiative. While presiding over the Brazilian Agency for the International Promotion of Tourism (Embratur), Gilson went to Las Vegas (USA) for a "technical trip" in which he saw the city's casino model. On the trip, he was accompanied, among others, by senator Flávio Bolsonaro (Patriota-RJ) – son of Jair Bolsonaro.

But the presence of heavyweight names around Bolsonaro, such as Flávio and Ciro Nogueira, does not determine the government's support for the issue. If their presence makes the scale tip to one side, another large group relevant to the President, the Evangelicals, weighs on the other. They consider that the legalization of gambling would serve as a stimulus for addictions and other practices they condemn.

"My position against the legalization of gambling remains the same: I am viscerally against it. And, as a principle, it will never change," federal deputy Marco Feliciano (Podemos-SP) told Gazeta do Povo. The congressman says he respects the opinion of Nogueira and other government supporters in favor of the initiative. But he believes that, in the end, the will of the majority "which is against the legalization of gambling in Brazil" will be valid. Last year, the Minister of Family, Women and Human Rights, Damares Alves, called the activity "a pact with the devil".

The clash between the two wings of government support tends to be, in relation to the project to legalize the casinos, a more bitter dispute than usual between the opposition and government benches in Congress.

The formation of the working group in the Chamber already exemplifies this: both Bacelar and the collegiate rapporteur, Felipe Carreras (PSB-PE), are opponents of the Bolsonaro government and supporters of the proposal. "We are dealing with this with all the technical apparatus, dialoguing with deputies from all parties," says Bacelar, who calls the possibility of legalizing the sector a "necessity of the country."

The bill that Lira submitted to the working group was presented to the Chamber in 1991. In the last legislature, a special commission was charged with analyzing the text. The collegiate approved a substitute that could advance to the plenary, but remained shelved. The expectation of the current group is based on the report made by the previous committee, which ended its work in 2016.

Senator Angelo Coronel (PSD-BA) is the rapporteur of a bill that is being processed in the Senate and which has the same objective as the Chamber's proposal: to legalize casinos and other games of chance. The parliamentarian is also a great supporter of the cause. For him, the current moment in the country is "ideal" to decriminalize gaming venues. "The government needs to collect. And games of chance can provide R$ 50 billion in revenue. This is the amount the government is needing for its income distribution programs," he says.

In his report on the project, Angelo Coronel advocates the legalization of "all gaming models" that already exist. "This guarantees money in the government account right away."

The scope of an eventual release of the sector is a subject of strong divergence within the group of pro-liberation parliamentarians and businessmen. There are three alternatives placed on the table. One is to restrict games of chance in specific places: hotel-casinos, which would operate in specific regions, under the strict control of the government. Another is to allow the implementation of casinos without restriction of location – that is, they could exist anywhere in the national territory, including urban centers in large cities.

The discussion about the legalization of gambling was mentioned during the meeting of the CPI of Covid on the 23rd, when the collegiate heard the executive Danilo Trento, director of Need Medicines. Lawmakers asked him about government officials' trip to Las Vegas. Trento also met Brazilians in the American city.

From the memory of the episode, senators such as Humberto Costa (PT-PE), Simone Tebet (MDB-MS) and Eduardo Girão (Podemos-CE) began to criticize the possibility of legalizing gambling in Brazil. Girão, for example, said that casinos would facilitate money laundering in the national territory.

To Gazeta do Povo, Girão reinforces his opposition to the idea. "Games of chance bring out the worst in people and society. And the argument that creates jobs is a fallacy," says the senator. The congressman presents himself as independent in relation to the Bolsonaro administration, but usually votes with the government. Even contrary to the cause, Girão understands that the issue should really be discussed by the Chamber and Senate.

Girão says that Bolsonaro's individual position will influence Ciro Nogueira's efforts to approve the project in Congress. "As chief minister of the Civil House, senator Ciro Nogueira has more tools to articulate the approval of his agenda, which is favorable to games of chance. But his performance will be expanded if the federal government, in the figure of the President of the Republic, is favorable and puts the government's articulation to work towards the approval of the bill. Thus, we have to wait for the federal government's moves on this issue," says Girão.

Gazeta do Povo consulted minister Ciro Nogueira and senator Flávio Bolsonaro to find out from them whether there will be commitment to approving the initiative, but received no response. The report also sought out senator Eliane Nogueira (PP-PI), Ciro's alternate in Congress, and also received no return.