Brazil is consolidating itself more and more as an online poker powerhouse. That's because, according to the PocketFives ranking, 37 grinders in the country appear among the 100 best in the world. Six of them are in the top 20, including list leader Bruno Volkmann and runner-up Pedro Garagnani. In the last three months alone, Brazilians earned more than US$19 million in online MTTs, an amount that was distributed among the more than 4,000 grinders monitored by PocketFives, another number that draws a lot of attention. 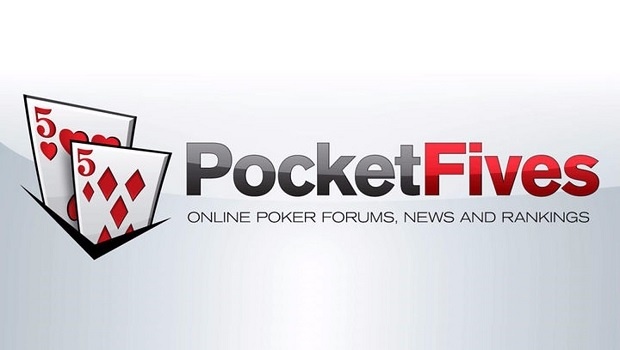 This number is by far the highest among all countries, which puts Brazil ahead of the great historical powers of poker, such as the United States, Canada, Russia, Germany and the United Kingdom. In addition, the total sum of points of Brazilians exceeds the 1 million mark – which is also explained by the number of competitors, but shows the consistency of national competitors.

The growing success of Brazilians in the sport explains the volume of new players registered on poker sites in the country – which is why many operators are also betting on marketing strategies to attract customers in this market. Worldwide brands like Bodog, for example, invest both in advertising and in bonuses and promotions for new players.

Just to give an idea, in the last three months alone, Brazilians earned more than US$19 million in online MTTs, an amount that was distributed among the more than 4,000 grinders monitored by PocketFives, another number that draws a lot of attention. In history, there are US$411 million earned by Brazilian Storm.

The great sequel by Yuri Martins

In March, Yuri returned to the top of the standings after a hiatus of nearly seven years. In his third reign, the Curitiba native pulled the queue for 32 consecutive weeks, the fourth longest streak in history.

The 29-year-old Curitiba native boasts a US$14 million online prize pool, where he has nearly 200 titles, including four in the WCOOP and one in the WSOP online version (plus another bracelet in the live version), establishing himself as one of the big boys of online poker in Brazil.

It's Bruno Volkmann's turn to reign

After spending several weeks on the heels of his fellow Ninetales Yuri Martins, Bruno Volkmann finally jumped to the top of the PocketFives rankings. A former tennis player, the ace from Blumenau became the sixth Brazilian to reach the leadership in early November.

Two other national names appear prominently in the top 10. While Pedro Garagnani occupies the second position, Lúcio Lima is in ninth place.

Another player who has been gradually rising in the ranking is Renan Carlos Bruschi from Rio Grande do Sul, number 1 in his state and 14th in the world. The top 20 also features Pedro Padilha (17th) from São Paulo and Santa Catarina's Dalton Hobold (20th).