For the state deputy of Sao Paulo, Bruno Hideo Omori, President of the Institute of Development, Tourism, Culture, Sport and Environment (IDT-CEMA) 'the regulation of the gaming sector will have a positive impact on the macroeconomics of Brazil.' In an exclusive interview with Luiz Carlos Prestes Filho, Omori explains that “legalized gaming, being treated as public policy, as an economic activity, could bring resources to be used in education, safety and health.” 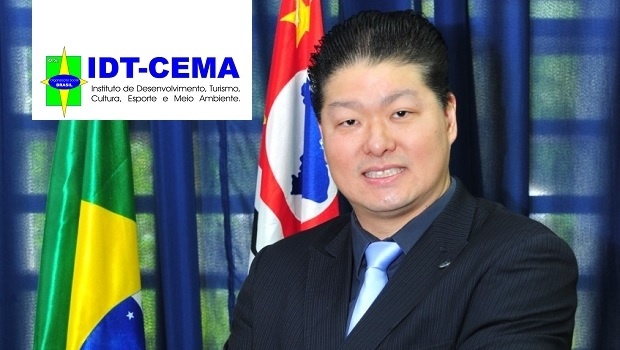 Luiz Carlos Prestes Filho: Has the Legislative Assembly of the State of Sao Paulo carried out activities with the Executive for the regulation of money betting games administered by the private sector?
Bruno Omori: We defend the thesis that the regulation of gaming will have a positive impact on Brazil's macroeconomics; its approval will allow the creation of legislation with a liberal and market focus. We cannot limit a specific gaming model; we have to authorize integrated resort casinos, casino hotel, urban casino, bingo, online gambling, among others. In the locality where gaming can be installed, we will see opportunities for investment, development and economic growth. Therefore, we understand that we must think big, in a model that allows all cities and tourist destinations to take advantage of the regulation. We have the capacity to positively impact our country's economy.

In G20 member countries, most Christian nations have regulated gaming sector, except Brazil. Islamic countries also prohibit it. It is worth considering that there are gaming options in Brazil, such as the legal activities of Caixa Econômica Federal (CEF) lotteries; and those developed at Jockeys Clubs. This structure generates revenue of R$ 14.2 billion. Illegal activities, such as Jogo do Bicho, bingos, slot machines and online, generate R$ 19.9 billion in the country. The time has come to regulate. We have to be part of this global industry, which brings together more than 6,800 establishments in the world. In the US, tis sector generate USD 240 billion, an infrastructure that allows the tourism sector to handle USD 210 billion.

Does your mandate support the regulation of all gaming sector?
I participate as a speaker, articulator and leader in the tourism and gaming market in Brazil. I represented the country in the main international and national events, both public and private. Always defending the approval of this sector as a macroeconomic policy for growth and social development. In this way, I answer the questions by presenting my technical analysis and overwhelming data.

In the Chamber of Deputies of Brasilia, in recent years, there was an appreciation of the theme Casino Resort. Does this appreciation open concrete perspectives for Sao Paulo?
There is an initial estimate of a foreign investment in Brazil in the order of USD 70 billion. This is an initial analysis of the amount. First, we heated up the real estate market, with the appreciation and sale of land; then we impact architecture and engineering services; then, we attract contractors, who will build the casinos; then enter the companies in the furniture, decoration, lighting, security, graphics, automation, technology, trousseau industry, among many others. Finally, those that manufacture equipment for casinos, restaurants, hotels, shopping malls, convention centers, theaters that are aggregated in these segments. The operation itself - of course - with management companies in the operations of hotels, gastronomy, events, entertainment, cleaning, security, technology, gaming, among others, will make their contribution. In addition to all the necessary inputs and contracts for the operation.

What is your opinion about small urban casinos?
Casino hotels in Europe and South America are smaller houses, with local investors and smaller foreign funds, are more exclusive and within hotel developments. They can be installed in any city and that also boost jobs and destinations. It is an ideal model to strengthen tourism in all states and destinations. Urban casinos or bingos are ventures for national investors and smaller international funds from USD 2 to USD 100 million. It offers more democratic access for consumers, is medium in size and can be installed in any city and location, can be great generators of work and income in a small town, attracting new audiences to complement the local attractions. Gastronomy and entertainment are added activities.

Does the regulation of gaming contribute to the collection for public coffers?
Within this scenario of economic downturn that we live in, investments can generate jobs in the millions or probably more than ten million. The vast majority of the country's economic segments will be activated, in addition to generating billions of reais in taxes, in all segments of the economy. This is important at this point, especially when we know that the public machine is broken.

Which cities can benefit directly from the regulation of Casinos Resorts?
Integrated Resort Casinos, such as those in Las Vegas, Macau and Singapore, are major global players, with investments in excess of USD 1 billion to USD 8 billion per venture. Structures that have more than 2,000 rooms, a convention center, shopping center, theater, concert hall, restaurants, parking lots and a large leisure area. These are considered as destination hotels, directly generating thousands of direct jobs, and inducing flows of business tourism, shopping, leisure, MICE, gambling, and entertainment to the destination. Obviously, due to the initial investment amount and the need for a payback, they demand a long-term return on investments. The destinations sought by operators and investors, for this modality, are large urban centers such as Sao Paulo, Rio de Janeiro, Brasília, capitals or places with great economic potential for return. Always with local public added to the flow of tourists. Electronic casinos and online gaming were the ones that grew the most with the improvement of the speed and security of the internet. New technologies have produced billions of dollars in taxes in regulated markets.

Does the Sao Paulo State government executive, especially the secretaries, accept the possibility of regulation?
Regarding the approval and regulation of money betting games administered by the private sector, the executive, the legislature and the judiciary of the State of Sao Paulo, believe that approval at the federal level is necessary first. With the approval of the bills on the subject in the Chamber of Deputies and in the Senate of the Republic, our Executive will be able to make its contribution. By approving gaming and granting autonomy so that states can legislate and regulate, we will have a lot of work ahead of us. There is also the possibility of the Supreme Federal Court (STF) itself to resolve the claim considering President Dutra's decree of 1946 to be unconstitutional, by nullifying the effects of the Criminal Misdemeanor Law. Understanding that it was not accepted by the 1988 Constitution. Today, the federal and states executive consider the strategic theme. Just as the state legislature considers that, if the approval of gaming and casinos were put to a vote, we would obtain approval with the majority. If State regulation were allowed, I am sure that the Legislative Assemblies of Sao Paulo and that of the whole of Brazil would treat this agenda as a priority to increase jobs, foreign exchange, and taxes. In conclusion, the regulated gaming sector, being treated as public policy, as an economic activity, could generate employment, work, investment, income, and foreign exchange. Indeed, we would be able to bring resources to apply in education, safety, and health.