Sérgio Garcia Alves, Master in Law & Technology from the University of California

Sérgio Garcia Alves is Master in Law & Technology from the University of California, Berkeley, and Master in Regulation from the University of Brasília. In this column specially written for Estadão, he recalls the gaming magnate Sheldon Adelson, who died last January at the age of 81. “He transformed Macau and Singapore; and was trying to sell a similar project to Brazil. Sheldon Adelson was an industry leader, active politician, and astute entrepreneur. His legacy resonates in Brazil,” says the specialist. 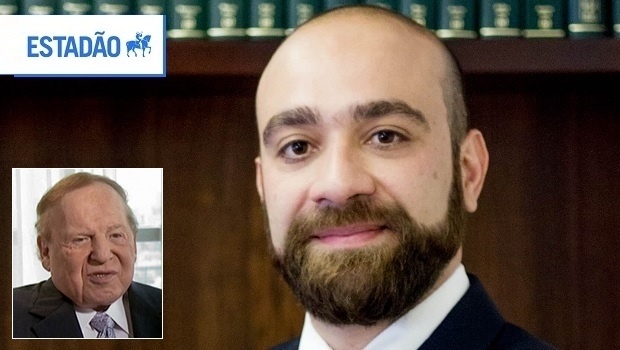 All national initiatives that aim to condition the installation of casinos in hotel complexes and ban online gaming carry Sheldon Adelson's ingenious reasoning.

By insisting on the exclusivity of the exploitation of gaming in physical casinos in resorts, its strategy of convincing fell out of time, under the technological bias, and ineffective, under the national geopolitics. The Internet took over and disputes over which regions and municipalities would host the desired casinos fought the National Congress.

His death in January 2021, at the age of 81, marks the transition of an era. American, Jewish, son of immigrants, serial entrepreneur, philanthropist, political influencer, financier of conservative causes, Sheldon Adelson built the greatest fortune generated by the gaming industry.

At the time of his death, he was among the 20 richest people on the planet (having already occupied 3rd position in the United States), with US$ 30 billion and an empire built from casinos, resorts, media, and politics.

In his career, Sheldon Adelson was not embarrassed to make his causes public.

In Brazil, his personal performance or that of Las Vegas Sands' envoys was incisive in Parliament and in the Executive during - at least - the terms of Dilma, Temer and Bolsonaro. With the latter, there are anecdotal reports of the tycoon's meeting with the then candidate and future minister Paulo Guedes at the Copacabana Palace.

During the administration of George W. Bush, he funded Freedom's Watch to advocate for "War on Terror" policies and notoriously to counter the influence of George Soros and Democratic-leaning lobby groups such as MoveOn.

Between 2010 and 2020, his donations to the Republican Party reached US$500 million. In October 2020, he donated US$ 75 million, followed by another US$ 35 million just days later, in an emergency effort to support Donald Trump's re-election.

Sheldon Adelson also leaves a deep and controversial record on issues between the USA, Israel and Palestine. In one of his last major moves, he bought the US Ambassador's official residence in Tel Aviv for US$ 67 million from the State Department in July 2020, which was read as another symbolic move to prevent the embassy from returning of Jerusalem in the near future.

It was Sheldon Adelson who sparked my interest in understanding the regulation of the gaming sector.

In 2013, I studied issues related to Internet governance, jurisdiction of the American online environment, federalism and the reasons why some services are legal in certain states and prohibited in others: taxis versus rides (Lyft, Uber), banks versus personal loan fintechs ( Kiva, Lending Club, Prosper), hotels versus private temporary accommodation (Airbnb), dealerships versus selling electric cars over the internet (Tesla).

I then came across the unusual case of gambling in the state of Nevada: Las Vegas not only prohibited online sports, but its exponents were also vocal about the harms of Internet gambling. It didn't make sense. The “city of sin”, “the gambling capital of the world”, “the amusement park of America” arguing that online gaming corrupts?

With some more research, there were cards from Sheldon Adelson.

Historically, the Interstate Wire Act of 1961 and the constitutional trade clause have been interpreted as a ban against distance betting. The law imposed that wired communications (telephone, cables, fiber optics, Internet) could not be used for the transmission of bets or information supporting betting in interstate commerce. Violators were fined or imprisoned.

In 2011, the Justice Department opined that the prohibitions in that law would still apply to betting on sporting events but was silent about online games of fortune. The door opened for Nevada, Delaware, and New Jersey to authorize online services for players physically present in those states, usually employing geolocation solutions to verify the authenticity of the information.

Other states followed suit, but the expansionist movement would not happen without opposition.

Sheldon Adelson went on to sponsor a republican bill that took over the restrictions of the Interstate Wire Act (Restoration of America's Wire Act) and financed a "Coalition to Stop Internet Gambling" that opposed the "Coalition for Consumer & Online Protection”, organized by agents favorable to the wide legalization of bets on the network.

The articulate businessman clung to what taxi drivers, banks, hotels, dealerships, record companies, cinemas, telephone companies, lawyers, accountants, doctors, and all incumbents in historical industries did when they felt the digital avalanche threatening their domains: denial and regulation.

Its permeability reached all regions and issues where gaming was present. It transformed Macau and Singapore. He was trying to sell a similar project to Brazil. Sheldon Adelson was an industry leader, active politician, and astute entrepreneur. His legacy resonates in Brazil.