Bodog places Sarah as favorite for the title of BBB21 champion

In the week of the probable elimination of Karol Conká with high rejection rates, Bodog, one of the main betting sites in Brazil, appointed Sarah Andrade as a favorite to be a BBB21 champion and to win the prize of R$ 1.5 million. After the digital marketing consultant, Juliette Freire and Gilberto Nogueira appear among the main candidates to win Globo's reality show. Sarah appears with a price of 2.75, that is, in an eventual final, the bettor who invests R$ 1,000 in the blonde will win R$ 2,750 if she is the champion. 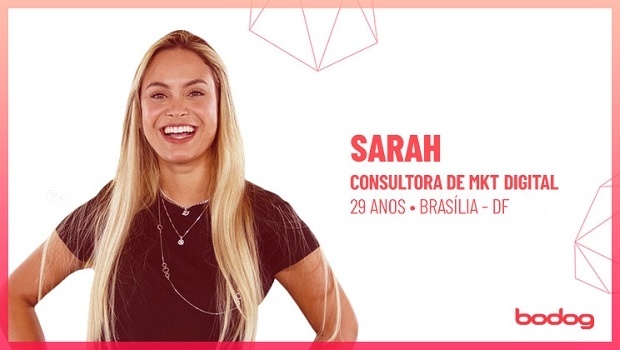 The lower the participant's rating, the more likely he/she is to be the favorite on a given bet. At the same time, the higher the quote, the lower the public's chances of winning with that choice. For each real wagered, the quote value is multiplied.

Leader of the house this week, Sarah appears with a price of 2.75, that is, in an eventual final, the bettor who invests R$ 1,000 in the blonde will win R$ 2,750 if she is the champion. The sister grew up in the game and has been winning over the public.

Another one that has also been well evaluated outside the home is Juliette. According to Bodog, the lawyer overtook his friend Gilberto and is the second most highly rated to win in the dispute, taking into account the betting projections. The brunette has a price of 3.00. Therefore, whoever bets R$ 1,000 on her will have a R$ 3,000 return if the one born in Paraiba leaves the house with the title.

The economist fell to third with, 4.00, and is ahead of Caio Afiune (8.00) and Carla Diaz (13.00), who complete the list of the five favorites, in which Projota no longer appears. At the beginning of the reality, the rapper was appointed as one of the candidates to win the prize, so much so that he was one of those immunized by the public in the first week.

It is important to note that these values can change at any time, since the proportions are made according to the number of players in relation to each participant. For those who like to bet, at Bodog it is also possible to invest in who will finish in the top 3, which gender will be the winner of BBB21 (male or female), and which participant will win the reality, between anonymous and celebrity.