For the lawyer Trajano Ribeiro, former president of the Municipal Tourism Company of Rio de Janeiro (RioTur), “the opening of casinos in the different regions of Brazil and in Rio de Janeiro would be an important factor for large contingents of tourists who make gaming a stimulus for the visit.” He also states that 'the immediate regulation of casinos would bring great stimulus, with effect in the short and medium term.' 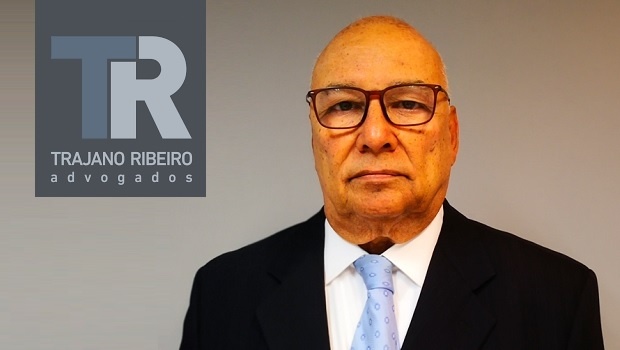 Luiz Carlos Prestes Filho: In your opinion, what is the view that public companies should have of games of chance?
Trajano Ribeiro: Casinos are an important tourist attraction, with the ability to arouse interest in places and regions that are absolutely uninteresting from the tourist point of view. Brazil as a whole and the city of Rio de Janeiro in particular, are, due to their natural beauty, climate and the hospitality of their people, an extraordinary potential for tourism. The implantation of casinos in the different regions of Brazil and in Rio de Janeiro, would be an stimulus factor for large contingents of tourists who consider gambling as an important stimulus for the visit.

At the moment, the official tourism companies are responsible for stimulating and acting politically with the governments they represent so that the countless authorization projects for the implantation of casinos in Brazil become a reality. Casinos in Brazil were closed, to allow the development in the United States of a huge gambling center in the middle of the desert, since with what they considered a tropical paradise, in this case Rio de Janeiro, it was not possible to compete.

At the time of the crisis due to the pandemic, would regulation open up new opportunities?
The pandemic has devastated the economy of many countries, including ours, of the rest of the most vulnerable. The exit from the crisis will be slow and will require a lot of creativity and innovation. I do not believe it is possible to recover 14,000,000 jobs without a strong reactivation of the service sector, the largest employer of labor. In this sector, tourism stands out as one of the most employed. It should be added that the tourist activity triggers a gigantic productive chain, involving transport, textile industry, automotive oil and gas, electric energy, civil construction, arts in general, music, show, generating millions of indirect jobs. Perhaps no other sector of the economy has such an impact on the economy as a whole. Tourism is among the main engines of the economy of the ten most developed countries.

Therefore, in view of the need for a quick recovery of jobs, the immediate regulation of casinos would bring great stimulus, both for direct and vacant generation and for indirect generation, with effect in the short and medium term, boosting tourism and developing a great entertainment pole, this time, in tropical paradise.

Should we discuss the regulation extensively?
I believe that tourism companies from all over Brazil, with the support of their respective mayors, really should promote a large congress to debate the issue, calling on economists, ministers from the impacted sectors, parliamentarians, aiming to accelerate the process gaming regulation projects in Congress, as soon as possible. There is no reason why gaming should not be regulated. The Brazilian State promotes several games of chance through Caixa Econômica Federal and the federal states.

Furthermore, it is known that the jogo do bicho has been operating for a century in the country, classified as a misdemeanor, is appreciated by the people who always make their own meal and who resist decades of repression, the result of which is only to generate the emergence of groups that act on the margins of the law, often competing violently in market spaces. This could be avoided with the legalization of the activity, legality bringing to perhaps thousands of Brazilians who work in the sector and who live outside the law.

Did the closing of casinos in Brazil in 1946 favor the gaming industry in other countries?
It was precisely the Casino da Urca that aroused the envy of the people of Las Vegas. It was not only Brazilian artists who animated the nights of that house. The actors from Holywood were frequenting the Urca casino and returned home extolling the tropical paradise. It is in our hands to rescue this glorious past of the night in Rio. In fact, the formats “Cassino & Entretenimento”, Cassino & Música and “Cassino & Espetáculo” are Brazilian creations.

Does the stability of the democratic rule of law favor regulation?
As for the business exploitation of casinos, in particular, I believe it is natural, due to the nature of the activity, although the Uruguayan experience should be better studied. However, I believe that concessions to the private sector should be strictly supervised, in order to avoid fraud, evasion, money laundering and other crimes.

It would be advisable to create a council in the Ministry of Economy, formed by representatives of the Public Ministry, Tax Audit, Ministry of Tourism, and Caixa Econômica (CEF). Another important issue is to avoid cartelization, monopolies, oligopolies, etc., establishing that no company can have more than two casinos, the participation of a partner in two companies being prohibited in the corporate composition, and the participation of relatives of any degree is also prohibited.