Federal Public Defender asks for entry into RE 966.177 and decriminalization of gambling in Brazil

The Federal Public Defender's Office filed a petition with the STF to be accepted as Amicus Curie in the judgment of RE 966.177, which may define that gambling is not a criminal offense due to the fact that art. 50 of Decree-Law 3688/1941 has not been contemplated in the 1988 Constitution. In addition to the request itself, the agency requests “the acknowledgment of non-receipt of the type provided for in the Law on Criminal Misdemeanors, thus disregarding the appeal extraordinary.' In other words, it is against the Public Prosecutor's Office and in favor of decriminalizing the activity. 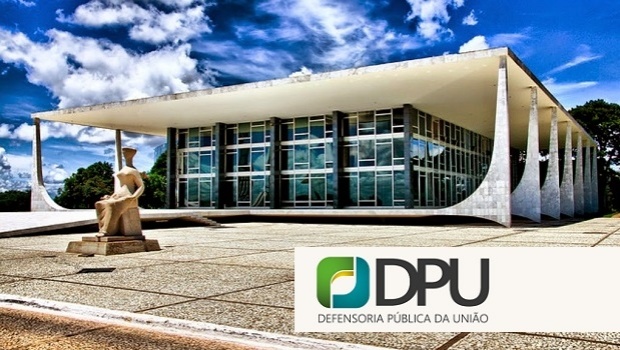 The Public Defender's Office of the Union, a state agency that “serves people and groups in situations of vulnerability, and its interventionist action must be evaluated based on the repercussion of institutionalized debates that involve the interests of these groups or people,” as stated in the petition to the Supreme Federal Court (STF) requesting its entry as Amicus Curiae in General Repercussion 966.177, which will discuss the topic on April 7.

In its petition, the Public Defender's Office requests its admission in the case file, presents its manifestation on the subject and, at the end, asks:

a) admission of the Public Defender of the Union in the process, as Amicus Curiae, allowing the exercise of the faculties inherent to this function, including the presentation of information, manifestations, memorials and the oral support of the arguments in Plenary;

b) the acknowledgment of non-receipt of the type provided for in article 50 of the Criminal Misdemeanor Law, thus excluding the extraordinary appeal;

c) the summons of the acts of the process.

In the document, the body presents, among other reasons for joining the process "to allow the Public Defender's Office, a State body committed to criminal defense, to establish a counterpoint to the Public Ministry, a State body dedicated to the exercise of the prosecution."

It continues in its petition stating that “in addition, specifically, the issue of non-receipt of Article 50 of the Criminal Misdemeanor Law, although of a state nature, attracts the interest of the Federal Public Defender's Office, precisely because the agency acts in state criminal jurisdiction cases within the scope of the Superior Court of Justice and that Supreme Court.”

Regarding the misdemeanor, the petition describes that “The Criminal Misdemeanor Law is the territory par excellence for controlling social behaviors. It constitutes true criminal behaviorism. As a result, authors argue that the law was not accepted in its entirety, since vices and behaviors should not be punished by Criminal Law, considering the secularization of the law. The misdemeanor of the establishment or exploitation of games of chance, concerning the customs police, assumes with greater emphasis this character of mere control of social behavior. Ultimately, it is based on the negative moral judgment that falls on those who encourage or practice the game of chance.”

In defending in the petition the non-receipt of the article in the 1988 Constitution, the Public Defender's Office affirms that “The axiological principle of separation between Law and Morals, associated with the secular character of the Democratic State of Law (art. 1, caput, of the Constitution of the Republic ), bans the prohibition of merely immoral behavior or perverted, hostile or even dangerous moods. This principle imposes legal tolerance on any attitude that is not harmful to third parties.”

Showing a very clear path about the organ's understanding, the Public Defender's Office states that:

According to the doctrine, the legal objectivity of the misdemeanor is good morals.

For other authors, it also seeks to protect citizens' assets, as it is known that many people lose control and become obsessed with gambling, and often lose large amounts or even ruin their families financially.

Now, with all the bows, not all people who engage in games of chance are obsessed or have any compulsion. In this context, it is questionable whether there is proportionality, from the perspective of prohibition of excess, in criminally protecting the mere risk that some people are so characterized, placing all of them under the threat of criminal law.

In this argumentative line of criminal protection against the risk of compulsion by gambling, there is no way to justify the fact that, due to a rational imperative (proportionality), some type of criminalization does not fall on the availability and consumption of alcohol and cigarettes, which they are also possible and potential if not more serious sources of addictions. Incidentally, such addictions are even more effective in aspects of public health, as they affect body health more immediately.

Therefore, there is, on the one hand, the concern with policing customs (social behaviorism); on the other hand, only the risk (abstract danger) of patrimonial ruin is protected.

It should be added that the criminal type highlighted refers to the criminological debate about the so-called victimless crimes, about which it is argued that criminalization should be suspended or, at least, strongly restricted.

There are criminal policy reasons that indicate the irrationality of criminalizing these conducts. One of these reasons is that many victimless crimes fall on goods and services that are in high demand. The penal sanction, in this way, limits the supply, but fails to control the demand, which generates appreciation of the good or service and creates a true monopoly for business professionals. The effect, then, is to contribute to the formation and growth of criminal organizations.

After this explanation, the Public Defender's Office affirms that: “In view of this situation, the non-reception of article 50 of the Law of Criminal Misdemeanors is based, imposing the dismissal of the extraordinary appeal of the prosecution.”

Finally, it asks, as already mentioned above, in item 4 of the document filed with the STF:

a) admission of the Public Defender of the Union in the process, as Amicus Curiae, allowing the exercise of the faculties inherent to this function, including the presentation of information, manifestations, memorials and the oral support of the arguments in Plenary;

b) the acknowledgment of non-receipt of the type provided for in article 50 of the Criminal Misdemeanor Law, thus excluding the extraordinary appeal;

c) the summons of the acts of the process.