Leading online bookmaker, Betway, is proud to announce its first female eSports partnership with Immortals Gaming Club (“IGC”)’s Women’s Brazilian CS:GO team, MIBR Female. Brand is set to be a key player in supporting the growing female presence in eSports and Counter-Strike. The scene has grown substantially over the last few years and Betway’s existing deal with MIBR makes this partnership a perfect fit. 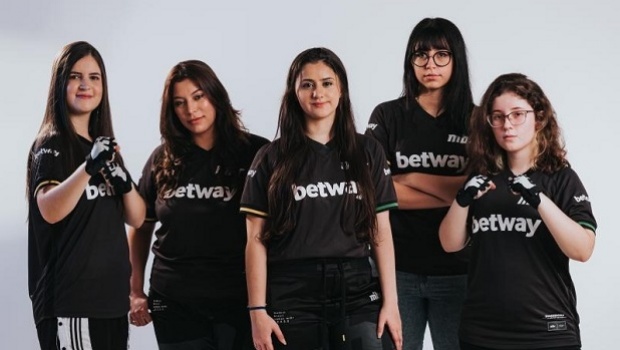 MIBR Female brings together a passionate group of pro players who are committed to competitive excellence and proud to be part of this new chapter in MIBR’s history.

Since January 2021, the team has been a dominant force in the competitive circuit making it to three finals in a row and being crowned champions at GRRRLS LEAGUE by GameXP.

By joining Betway’s strong portfolio of esports talent, fans can expect to see the team partake in engaging content and activations with the globally recognised online betting and gaming brand’s other partners.

Adam Savinson, on behalf of Esports at Betway said: “Building on our existing four-year partnership with IGC’s MIBR team, we are very happy to be able to bring in more of their talented roster into the Betway family.”

Yuri "Fly" Uchiyama, Director of MIBR said: "The women's Counter-Strike scene is growing more and more and we are very proud to be able to extend this partnership with Betway to support the promotion of this community."