Brazilian football star Neymar Jr. has announced that he is taking on the new role of Cultural Ambassador, while continuing his partnership with the world's largest online poker site, PokerStars.net. In this last chapter, the PSG player will collaborate closely with PokerStars.net on a series of creative projects inspired by the world of culture, art, design, music and will shake up poker with exciting experiences for the brand community. 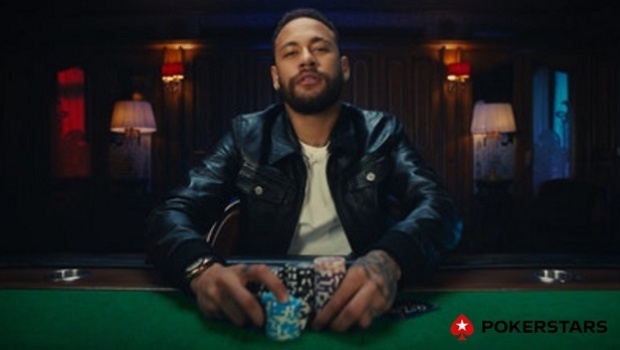 In his first task as a Cultural Ambassador, Neymar Jr. was the curator of a series of music playlists in partnership with PokerStars.net, providing the soundtrack for each type of poker game. Neymar Jr.'s favorite songs can be listened on NJRádio.

Speaking about his new role, Neymar Jr. said: "Poker is much more than just the game. It is a community and a culture and that is what I love. I am excited to start this next chapter with PokerStars.net, and already we are collaborating in several important areas. Music is a real passion of mine, so it was first on the list, but there is much more to come. I am excited for you to see what else we have ahead of us."

Martin Nieri, Global Brand and Creative Director at PokerStars.net, commented: "Neymar Jr. is not only a star in world sport. He is also a very creative person with a deep interest in the culture around him. This moment marks the beginning of something exciting for the PokerStars.net community, a fusion of two worlds, where poker meets culture. In a novelty for the industry, together we’ll create moments to really shake up poker and reward those who get involved in everything to come."

The announcement coincides with the launch of a new campaign, which shows Neymar Jr. shaking the poker scene. This is just the beginning of the journey, with more to be revealed at Neymarjr.pokerstars.net/br.