"If STF judges there is no misdemeanor, it'd shorten the way for gambling legalization in Brazil"

If the issue of the release of religious services and face-to-face masses amid the aggravation of the pandemic does not take the agenda of the Supreme Court (STF), the ministers will be able to judge this week whether games of chance are a criminal offense or not. Senator Angelo Coronel (PSD) thinks that if the STF judges that the activity does not constitute a misdemeanor, “it would shorten the path to legalization, it would make it much easier.” Coronel is rapporteur of one of the projects on the subject in progress in Congress. 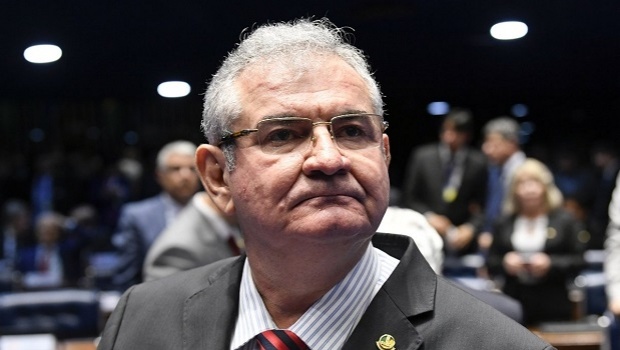 The issue has been fought in the Supreme Court for more than four years. The Court has two lawsuits that discuss whether the ban on activity is compatible with the 1988 Constitution or not. Currently, the definition of a criminal offense against the exploitation of gambling is contained in the Criminal Contraventions Act of 1941.

In a statement sent to the STF, André Mendonça, as attorney general of the Union, has already defended that the STF has a “minimalist” role in the case, claiming that the appropriate forum to deal with the issue would be Congress.

In this government, this group gained even more encouragement to advance the agenda, after Senator Flávio Bolsonaro, son of the President of the Republic, plunged into the lobby to bring casinos to Brazil.

Senator Angelo Coronel (PSD) also supports the legalization of gambling. Today, he said he understands that if the Supreme Court judges that the activity does not constitute a misdemeanor, "it would shorten the path to legalization, it would make it much easier."

"I think we have a source of new revenue for the government that is not being used at a favorable time," says the senator.

Coronel is rapporteur for one of the projects on the subject in progress in Congress, authored by Senator Roberto Rocha (PSDB), who initially envisaged casinos only in resorts. Coronel's report extends legalization to all modalities, including jogo do bicho.

“Jogo do bicho, in our land, is culture. There is no way for the police to prohibit, close, restrain, nothing like that. If you close it today, tomorrow they open again. Since we have the game, we are going to legalize it and add revenue to it,” explains Colonel.

Regarding the real risk that gambling will be used by organized crime, for example, to launder money, the senator countered: "The IRS has tools to control all the money that goes into those games."

Since the first year of government, Jair Bolsonaro has been pressured by his sons and by Centrão leaders to change opinion about the legalization of gambling. The president, as it is known, has a habit of breaking promises made when he was a candidate.

Bolsonaro's Ministry of Tourism itself, now led by his friend and accordion player Gilson Machado, has a project to legalize the gambling sector.