Aspire Global’s Pariplay has appointed Jose Micallef as its new Business Development Director. Micallef, whose wealth of industry experience includes a similar role at NetEnt, will lead Pariplay’s strategic operations as the provider continues to expand its global reach through partnerships with leading operators and games studios. 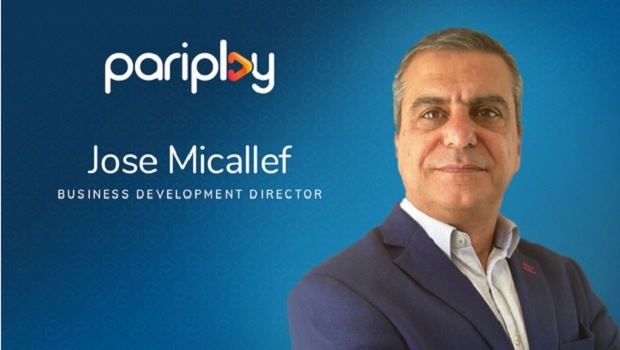 Pariplay’s comprehensive portfolio contains thousands of titles from some of the industry’s most sought-after developers, in addition to a host of proprietary slots on its FusionTM platform.

The addition of Micallef’s industry know-how, which also includes seven years at B3W group, represents a significant boost for Pariplay as the company establishes its brand in the US and other regulated markets.

Christine Lewis, Chief Commercial Officer at Pariplay, said: “Our aggregator platform now reaches more than 16 regulated markets worldwide and after signing a number of new partnerships deals recently, we are keen to maintain the forward momentum.”

“The appointment of a Business Development Director of Jose’s lengthy experience enables us to further optimise our strategy at an exciting time for the company,” Lewis added.

Jose Micaleff, Business Development Director at Pariplay, commented: “Pariplay’s work in expanding the reach of its comprehensive FusionTM platform has made many in the industry sit up and take notice.”

“I am looking forward to being part of a dynamic company whose hard work is resonating with players in regulated markets around the world,” Micaleff concluded.