Key decision for opening the activity

The Plenary of the Supreme Federal Court (STF) meets this Wednesday (7), from 2:00 pm. The agenda includes the Extraordinary Appeal (RE) 966177 with general repercussion that discusses whether the definition as a criminal offense against the exploitation of gambling, contained in the Law of Penal Contraventions (1941), clashes with the 1988 Constitution. For the rapporteur of the appeal, Minister Luiz Fux, the issue is controversial. The decision may decriminalize gambling in Brazil by legal means and pave the way for regulation. 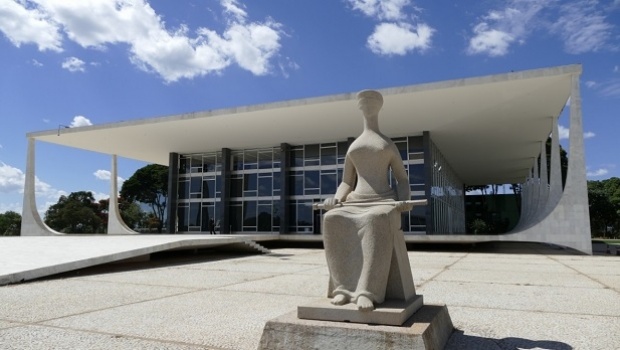 The Supreme Federal Court (STF) will judge whether the definition as a criminal offense for the exploitation of gambling, contained in the Penal Contraventions Law (1941), clashes with the precepts of the Constitution of 1988. By deliberation of the Virtual Plenary, the ministers recognized the general repercussion of the theme.

The specific case to be examined is Extraordinary Appeal (RE) 966177, in which the Rio Grande do Sul Public Ministry questions the judgment of the Special Criminal Court Appeals in the state that considered the conduct of gambling exploitation to be atypical, disregarding the practice a criminal misdemeanor under the argument that the grounds on which the ban was based are not in line with the constitutional principles in force.

Rapporteur of the appeal, Minister Luiz Fux, stated that the issue is controversial and involves relevant constitutional matter from an economic, political, social and legal point of view, surpassing the subjective interests of the cause, which is why it deserves reflection by the STF.

“The question put to the appreciation of this Supreme Federal Court is eminently constitutional, since the tribunal a quo removed the typical nature of the game of chance based on constitutional precepts related to free initiative and fundamental freedoms, provided for in articles 1, item IV; 5th, item XLI; and 170 of the Federal Constitution,” said Fux.

The minister stressed that all the Criminal Appeals Groups of the Court of Justice of the State of Rio Grande do Sul have understood in the same sense, making the practice of gambling in Rio Grande do Sul no longer considered a criminal offense. "Thus, I understand by undeniable the relevance of the theme to demand recognition of its general repercussion," asserted the minister.

According to article 50 of the Criminal Misdemeanor Act, establishing or exploiting gambling in a public or accessible place, by paying entry or without it, is a criminal offense subject to simple imprisonment from three months to one year, and fine.

After the judgment of RE 966.177, based on the STF, Senators and Federal Deputies will continue to discuss and continue to vote on the regulation of games of chance (PLS 186/2014 and PL 442/91), because the Federal Constitution gives them this prerogative (art. 22, XX and SV 02 / STF), a circumstance that is not at stake in this judgment.

The specialist lawyer Roberto Carvalho Brasil Fernandes explained to GMB the progress of the process, and even if the result is favorable to the game, it will be necessary to regulate the new market and will not interfere in any way the bills that are being processed in the congress.

"Whatever the STF's decision, it does not interfere in any way with the bills that are being processed in Congress. It does not change the legislative process. But, depending on the media repercussions, it can help to speed up or delay the process according to how the result is reported. There is no control from the media point of view.”