The return of casinos and gambling to Brazil

In an article published in Estadão, lawyers Bernardo Alvares and Christian Domenico De Luca defend the legalization of gambling and claim that “it could contribute to the recovery of the Brazilian economy through tax collection and job creation.” They admit that 'we could even live a new 'Golden Age of Casinos', as about 75 years later society has undergone transformations and the ‘moral principles and good customs of society’ are no longer the same as those of 1946.” 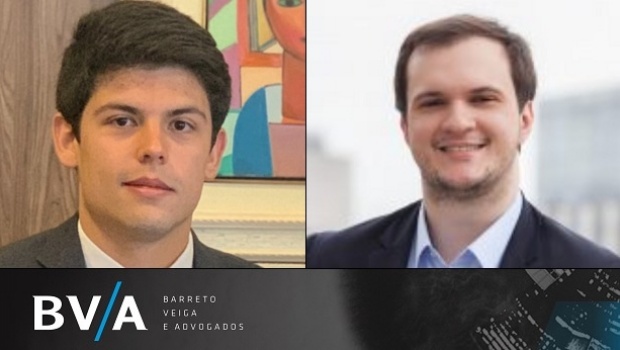 At the beginning of the 20th century, especially between the 1930s and 1940s during the so-called “Golden Age of Casinos”, the practice or exploration of games of chance was synonymous with luxury, glamor, beauty, in addition to serving as a powerful way to spread the tourism sector in Brazil. The commercialization of the gambling sector was of great value to the national economy, contributed significantly to the generation of jobs, in addition to generating a large tax collection to the government.

Through Decree Law No. 9,215, of April 30, 1946 (the “Decree Law No. 9,215”), sanctioned by then President General Eurico Gaspar Dutra, who had assumed the Presidency of the Federative Republic of Brazil just three months before the sanction of Decree Law No. 9,215, gambling was banned throughout the national territory, as a consequence of the aforementioned Decree Law, overnight the bustling casino business suddenly collapsed. The prohibition was due to pressure from the most conservative classes in society, who did not appreciate the environment of the casinos where gambling was practiced, under the argument that the exploitation of the activity went against the moral principles and good customs of the time.

Decades have passed since the ban on gambling in Brazil, when in 1993 the then President Itamar Franco implemented Law No. 8,672, of July 6, 1993 (“Lei Zico”). The Zico Law authorized the return of bingos, provided they were made by sports entities with the sole purpose of raising funds for the promotion of sport in the country.

In 1998, Lei Zico was repealed by Law nº 9615, of March 24, 1998 (“Lei Pelé”), which allowed the practice of bingo throughout the national territory, since the Union's control over the realization of bingo only by sporting entities had been flawed during the validity of the Zico Law.

In addition, the Pelé Law created an objective regulation regarding the practice or exploitation of games of chance in Brazil, defining age group, form of administration, among other important definitions. The Pelé Law lasted a short time, since in 2000 Law 9,981, of July 14, 2000 (“Maguito Law”) was enacted and sanctioned by the then President Fernando Henrique Cardoso, who through art. 2º definitively revoked the authorizations for the operation of bingos in all Brazilian territory.

In addition, former President of the Republic Michel Temer signed Law No. 13,756, of December 12, 2018, which guarantees the National Public Security Fund and the National Penitentiary Fund, 9.4% of the gross collection of federal lotteries. Said collection generated approximately 2 billion reais in 2019 to the Ministry of Public Security, with an expectation of reaching the accumulated value of up to 4.3 billion reais in 2022, which demonstrates the power of collecting taxes through games of chance.

This subject is increasingly in vogue and gaining new horizons. On March 1, 2021, the current presidents of the Chamber of Deputies and the Federal Senate, Arthur Lira and Rodrigo Pacheco, respectively, met with directors more than 50 Brazilian companies to discuss important guidelines, among them, the agenda on the liberation of the practice or exploitation of games of chance in Brazil. The government claims that such a measure could directly contribute to the collection of taxes to reinforce public coffers, and could even contribute to the amount allocated to aid program Bolsa Família.

Recently the media announced several scandals involving clandestine gambling houses, which were closed by the authorities and widely publicized by the media. An indication that the population continues to practice this type of activity even though it is currently considered illegal.

In general, the legalization of games of chance could assist in the contribution to the recovery of the Brazilian economy through tax collection, as well as in the generation of jobs in the country, since such regulation would allow the exploration of a new market in the national territory. If the guidelines on gambling go ahead and result in the legalization of such games, we could even live a new “Golden Age of Casinos” as about 75 years later society has undergone transformations and the ‘moral principles and good customs of society’ are no longer the same as those of 1946.