Verizon to sale Yahoo! and AOL for US$ 5bn to owner of Venetian resort in Las Vegas

Verizon Communications said it agreed to sell its media unit, which includes Yahoo! and AOL, to Apollo Global Management, a private equity firm that owns the Venetian casino in Las Vegas, for US$ 5 billion. The deal will be named Yahoo when the transaction is completed, which is expected for the second half of 2021. 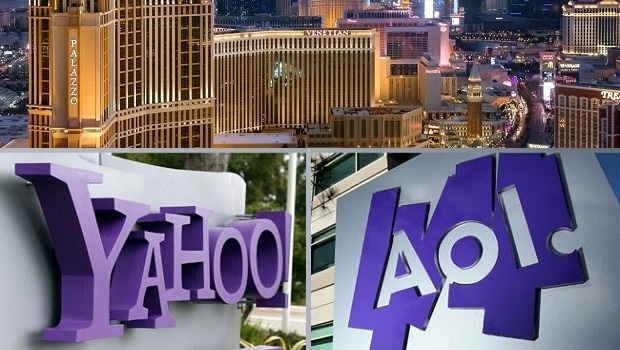 Verizon has sold its AOL and Yahoo properties to Apollo Global Management in a deal said to be worth US$5 billion, about half of the nearly US$9 billion Verizon originally paid for the pair. Verizon will maintain a 10 percent stake in the company, now known as Yahoo and led by CEO Guru Gowrappan.

Verizon has struggled to expand its media business amid competition with Facebook and Google that have swept the digital advertising market.

Apollo is a private equity firm that owns the Venetian resort in Las Vegas and crafts retailer Michaels.

“We are thrilled to help unlock the tremendous potential of Yahoo and its unparalleled collection of brands,” said Apollo partner Reed Rayman. “We have enormous respect and admiration for the great work and progress that the entire organization has made over the last several years, and we look forward to working with Guru, his talented team, and our partners at Verizon to accelerate Yahoo’s growth in its next chapter.”

Verizon originally paid US$4.4 billion for AOL in 2015 and another US$4.5 billion for Yahoo two years later. The media divisions, which included properties like Yahoo Sports, TechCrunch and Engadget, were consolidated under the absurdly named Oath, later renamed Verizon Media Group in 2018 after Verizon admitted defeat and wrote off about half of its value.

In 2019 Verizon sold Tumblr for an undisclosed sum that was thought to have been less than US$3 million, pennies compared to the US$1.1 billion Yahoo paid for the blogging platform in 2013. Last year Verizon unloaded Huffpost to Buzzfeed, a property AOL paid US$315 million for in 2011 that resulted in a US$119 million charge to its quarterly earnings “primarily related to the disposition of the HuffPost business.”

Back in the day, AOL was how people connected to the internet and Yahoo was its front page. At their peaks, AOL had a market capitalization of more than US$200 billion and Yahoo more than US$125 billion.