Euro 2020 & Copa 2021 are just about to start, and LeoVegas developed great options in various markets with football fans especially in mind. Taking center stage, is the in-house built free-to-play prediction game, Leo King, on firm’ sports vertical between June 8 and July 11. For LatAm, with Brazil as a main targets the firm have three exclusive sub-tournaments. Weekly event will feature a prize pool of €100, with the overall winner taking a further €1,000. 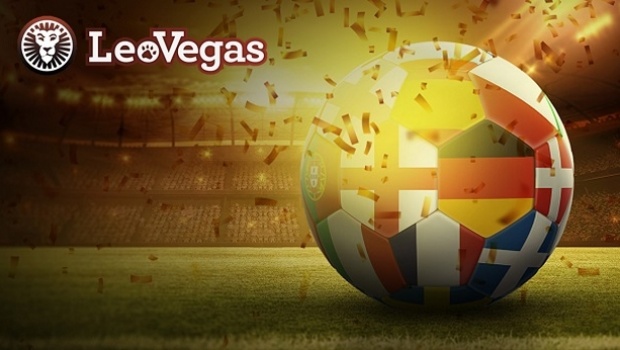 Taking center stage, is the in-house built free-to-play prediction game, Leo King, on firm’ sports vertical between the 8th June and 11th July. Whereby players can test their prediction skills and guess the outcome of the Euro 2020 and the Copa America events. The game is super easy: Predict what team will win the event and get one point per correct answer.

Players can get a head start and set their predictions from the 8th June. The game is accessible from the bottom bar on mobile and, if using desktop, the Leo King game can be accessed from the menu under the logo in the sport vertical.

As this is a global tournament, there will be different prizes and terms in different markets, however the incentive remains the same. Succeeding to the top of the leaderboard will guarantee the player takes away the entire cash pool, while if more than one participant manages to accumulate equal points, the cash pool payout will be shared fairly amongst the winners.

In Latin America, for Brazil, Chile and Peru, LeoVegas has great surprises. For these markets the company will have three exclusive sub-tournaments during Copa America, that takes place between 13th June until 10th July in Brazil.

During the Euro 2020 that takes place from 11th June to 11th July, players from the following markets; Austria, Canada, Germany, Finland, Great Britain, Ireland, India, Malta, Norway and New Zealand, will compete in five sub-tournaments. Each tournament boasts a €1,000 guaranteed prize pool. Furthermore, the overall winner having the most points when combining the five sub-tournaments will also be awarded another extraordinary prize of €10,000 in cash!

In the Italian market, LeoVegas offers a similar, albeit, exclusive campaign. The weekly sub-tournaments will have a €300 prize and the overall cash prize for the top winner will be that of €2,000.

And, in Denmark, the prizes will be of €100 for the sub-tournaments and the overall winner, alike.

Due to regulatory specifications, in Spain, Leo King will run as a promotion for existing customers who are fully verified and who have had an account with us for more than 30 days. Just like Italy, weekly sub-tournaments will have a €300 prize and the overall cash prize for the winner topping the leaderboard will be €2,000.