NSoft’s long-term retail experience will become an invaluable asset for betting and gaming operators eyeing the biggest and emerging market potentials such as Brazil. Carlos Vargas, firm’s Regional Sales Manager, provided SBC News with an analysis of the strengths of the market and possibilities for NSoft with Virtual Horse and Greyhound Races games. “Once Brazil becomes regulated, it could rise to being the third biggest market in the global betting industry,” Vargas says. 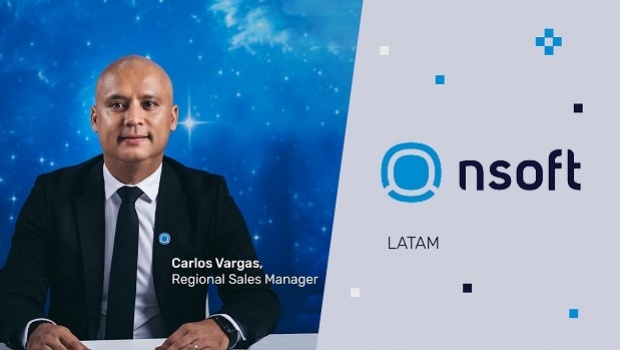 The land of great diversity, Brazil is LatAm’s first economy, eighth-largest economy worldwide, and it has a population of more than 200 million people. Through its development, the country has shown great technology adoption and a market full of business opportunities.

From a remote gaming perspective, a combination of a sports-centric culture and improved internet infrastructure has presented a range of new opportunities.

Before the global COVID-19 pandemic, 200,000 Brazilians were travelling to foreign casinos to gamble every month. Las Vegas alone receives about 150,000 Brazilians a year. For all of us who have been in the industry for a long time, we have always referred to Brazil as the sleeping giant because we have been waiting for the country to start displaying its full potential.

Once Brazil becomes a regulated market, it could eventually rise to being the third biggest market in the global betting industry behind the Asia Pacific market and North America which accounted for 38% and 20% of the global gambling market respectively.

What can operators expect from legislation in Brazil?

Gambling with jogo do bicho (a lottery-type drawing bingo game) has been illegal in Brazil since the 1940s. As long as operations are not regulated, all that money will go away from Brazil. I personally consider that Brazil has the potential to be one of the best and biggest markets in the world.

We’ll most definitely see more providers and operators starting to roll the ball into this market. Other LatAm countries such as Mexico, Colombia and Panama have had regulated betting for a long time, and the time has come for Brazil to also step up in this game.

In the last few years, however, the Braziliian government has begun to consider legislation which would permit certain gambling activities.

But despite the fact that the law is still not regulated, since June 2020, the Brazilian law in force allows online sporting betting on fixed-odds bets. Jair Bolsonaro’s government approved the qualification of the sports lottery in the Investment Partnership Program (PPI).

The privatisation of the public lottery service called ‘fixed-odds bets’ is planned to grant concessions for operators to provide this service and collect taxes for this vertical – this means that players can bet with the certainty of the amount that will be received if you win the bet.

Brazil’s Ministry of Economy has been working closely with the Brazilian Bank for Economic and Social Development on the draft regulation and by the end of this year, we could have implemented regulations in Brazil.

Strong racing heritage in LatAm reflects the habits of punters

All over the continent, Latinos have this passion for racing. Whether is greyhound or horses, Brazil especially has a long history of crowded tracks like Hipódromo da Gávea in Rio de Janeiro, Hipódromo de Cidade Jardim in São Paulo, Hipódromo do Cristalin Porto Alegre and Hipódromo do Tarumã, Curitiba.

NSoft’s rich experience in retail is certainly an important asset for the Brazilian market due to the popularity of land-based betting operators and preferences of its players.

But something to consider is that while LatAm is dominated by land-based operators, the number of online players has been growing quickly with the spread of smartphones and mobile data coverage.

Looking to the future, I expect that NSoft’s virtual games like Virtual Horse Races and Greyhound Races will raise excitement among players with their realistic animations and numerous bonus options – especially because of the flexibility and modularity of our product portfolio.

The quality of our virtual games portfolio will definitely satisfy the highest market demands while the complete sportsbook product and long term cooperation with Sportradar are to guarantee the deep expertise of NSoft’s development team.