Deputy Bacelar was received this week by representatives of the Special Secretariat of the Investment Partnership Program of the Ministry of Economy, when he presented data on the regulation of gaming in Brazil. In an exclusive conversation with GMB, he stated he showed the technicians that tax collection could reach R$15 billion per year. “I feel that there is a good expectation from them towards the results of the legalization of gaming”, he said. 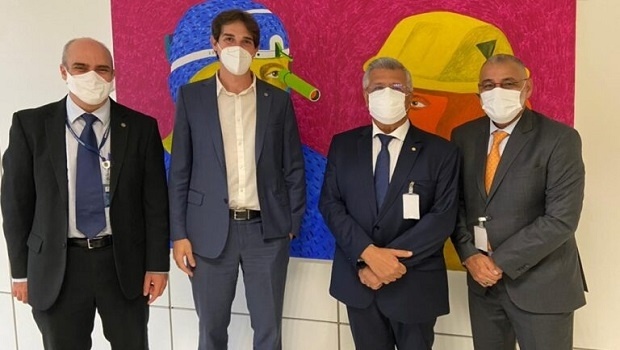 Bacelar was at the Ministry of Economy to contribute information on the approval of a regulatory framework for gaming in Brazil, precisely with the body that is studying alternatives for granting the private initiative the exploitation of the Lotex and the regulation of sports betting.

According to the deputy, as president of the Parliamentary Front in Defense of the Regulatory Framework for Gaming, the purpose of the meeting was to find out about studies on the subject and to take more information to government technicians "to enrich and deepen the matter which has been studied.”

Bacelar defends the regulation of all types of gaming modalities, not just casinos in integrated resorts, and stated to the GMB that "jogo do bicho alone could legalize more than 400 thousand jobs in Brazil between 30 and 60 days after legalizing the activity." In addition, the deputy showed the representatives of the Ministry of Economy that the gaming market has a potential of around R$60 billion per year and that if the country adopts the world average of 25% taxation on the activity, “we could collect R$15 billion per year in taxes.”

GMB - What was the reason for your meeting with the members of the Ministry of Economy?
Deputy Bacelar - It has come to our attention that the Ministry of Economy has carried out studies for the legalization of gambling in Brazil, especially regarding resorts integrated with casinos. As president of the Parliamentary Front in Defense of the Regulatory Framework for Gaming, we found out about the progress of these studies and brought more data to enrich and deepen the matter being studied at the Ministry of Economy.

You presented the government representatives with the need for this approval. What was the receptivity to your presentation?
We take data on how much Brazil does not earn per year in taxes, job creation and income. We show, for each game modality, the revenue potential of each one. We reinforce the need for legalization to include all verticals and not just one. The jogo do bicho, for example, is an intangible heritage of the Brazilian people. And how am I going to justify that casinos are legalized in Brazil and this product, which is typically Brazilian, is left out? There is no way.

What did you tell them about the possibilities of tax collection, movement of the economy in the post-pandemic recovery, and job creation?
Regarding the generation of jobs, just with the jogo do bicho, between 30 and 60 days, it would be possible to legalize more than 400 thousand jobs in Brazil. And with the release of other gaming verticals, we believe and demonstrate these data to them, that 600 thousand direct jobs could be generated. We draw their attention to the richness of the sector's production chain, which involves everything from the activity itself, to concerts, cultural events, hotel chain jobs, drivers, waiters. Finally, the entire chain of accommodation, food and events is closely linked to games.

We also show that on average, in the world, gaming taxation is around 25%. This would give Brazil annually, since we have a potential of around R$ 60 billion, would give R$ 15 billion in taxes per year.

Did they understand this?
Yes. They are not gaming experts, and neither could they. But they are economists, technicians specialized in taxation, job and income generation, in public-private partnerships and in attracting investments. So, I feel that there is a high expectation from them towards the results of the legalization of the gaming sector.