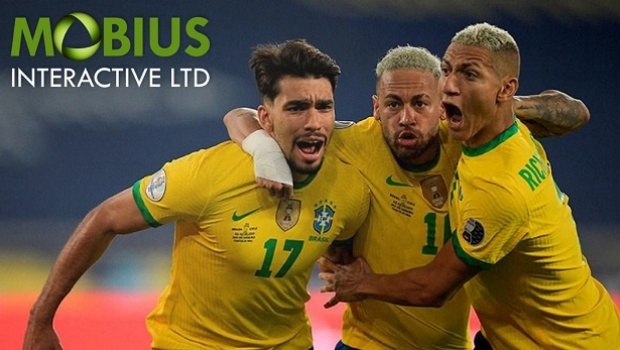 Mobius Interactive has burst onto the scene of this booming market with its main brand, Mobius.bet – based upon research and knowledge of the region. This strategic move will capitalize on the current surge in Latin America’s iGaming and Esports markets. This iGaming industry is projected to grow at a CAGR of 11.4% between 2018 and 2023, ultimately posting total revenues of US$6.29 billion.

This venture into the Brazilian market is well-calculated and perfectly timed. Mobius Interactive is pulling out all the stops in Brazil, getting in early to capitalize on this situational opportunity with tremendous growth potential. The agreement to display Mobius.bet ads on Brazilian national TV opens a new front in Mobius Interactive’s campaign to conquer the lucrative Latin American gaming market.

Mobius Interactive is capitalizing on these impressive numbers to push its brand in the Latin American market, taking full advantage of this vast audience and the football culture of Brazil, a soccer powerhouse with more World Cup victories than any other team in history.