Author of bill that would open up all activity

Ciro Nogueira, strong defender of gaming legalization in Brazil, will take over the Civil House

President Jair Bolsonaro confirmed this Thursday (22) that he had chosen senator Ciro Nogueira, one of the holders of the Pandemic CPI, as the new chief minister of the Civil House, one of the most relevant positions of the Federal Executive, replacing Onyx Lorenzoni. Nogueira is the author of Bill 186/2014, which provides for the exploitation of games of chance throughout the national territory and that is currently being processed by the Senate and may gain impetus with this his appointment. 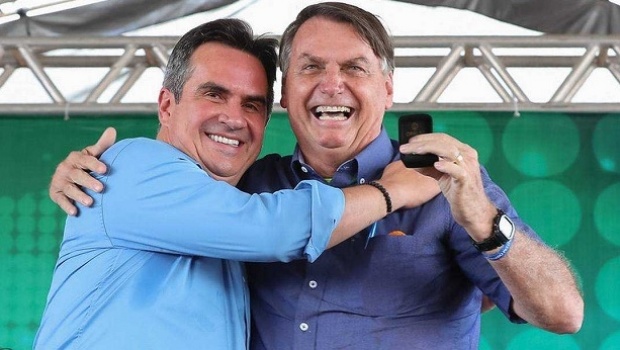 President Jair Bolsonaro confirmed that senator Ciro Nogueira (PP-PI) will assume the Civil House of the Presidency of the Republic, in a ministerial reform that should take place next week. “It's practically right. We are going to put a senator here in the Civil House who can maintain a better dialogue with the Brazilian parliament,” Bolsonaro said in an interview with Rádio Banda B, from Curitiba.

“At first it's him [Ciro Nogueira], I talked to him already, he accepted. He's on recess, arrives in Brasília on Monday; I talk to him, we've set the clock right. He's someone I've known for a long time, he came to the House in 1995, and I in 1991,” Bolsonaro explained.

Nogueira is a specialist in the field of gambling and its advantages for Brazil in economic matters. The Senator from Piauí is the author of Bill 186/2014, which simultaneously regulates the jogo do bicho, bingos, electronic games, video lotteries, videobingos, resort casinos, online sports betting games and online bingo games. For everyone, this is the most comprehensive of the projects presented in Congress and the most advanced. The text, drawn up in 2014, had been filed, but was processed again in 2019.

“The return of the gaming sector is almost a reality. It is a path of no return. Data that we had access to reveal that the majority of the population is in favor of regulating the activity. About 600 thousand direct jobs throughout the country could be created and it will be possible to collect R$ 20 billion per year with taxes coming from the betting world,” declares Nogueira in the justification of his project during these last years.

“The government will have to create a regulatory agency for the sector. Which corner does not have a pointer? So, let's get the benefits of the game, because today, we only have the harms. Everything has to be regulated,” added the 52-year-old senator.

Nigueira was recently the rapporteur of MPV 1034/21, which changed the tax base of sports betting in the chapter of law 13756/18 (fixed-quota or sports betting) to start considering the collection of taxes on the net revenue of collection, discounted income tax and prizes(GGR). This change in the tax system was an insistent request from the market to the Brazilian government.

Bolsonaro also confirmed the re-creation of the Ministry of Labor and Welfare, which, at the beginning of his government, was grouped with four other ministries for the creation of the Ministry of Economy, under the command of Minister Paulo Guedes. The current minister of the General Secretariat, Onyx Lorenzoni, will be the head of this new ministry and the current Chief of Staff, Luiz Eduardo Ramos, will take his place in the General Secretariat.

“He himself [Paulo Guedes] agreed to take him out of this part to move to this new ministry. Give Paulo Guedes a decompression and leave Onyx to deal with this very important issue [work],” said the president. According to Bolsonaro, the number of ministries will be restored to a total of 23. In February this year, with the approval of the autonomy of the Central Bank, the agency lost ministry status and became a federal autarchy.

Now the Work and Pension folder will complete the list. In March of this year, the president had already promoted a ministerial reform, with changes in six ministries: Civil House and Government Secretariat, both linked to the Presidency of the Republic, Ministries of Justice and Public Security, Foreign Affairs and Defense and also the Attorney General of the Union (AGU).