Back in the Premier League, Watford announced a master sponsorship deal with bookmaker Stake.com. The contract, signed for three years, will guarantee the club £5 million per season, with the possibility of reaching £6 million in bonuses. The partnership with the club will be Stake.com's debut in football and is part of the betting site's strategy to expand internationally. 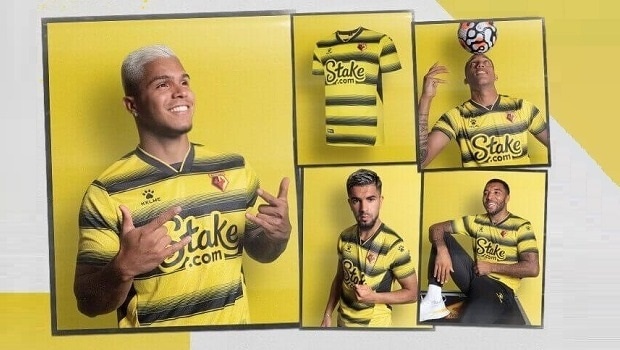 According to Watford, Stake.com will pay the sponsorship fee in cryptocurrencies, although the club has not confirmed whch one will be. The team had the Bitcoin brand on their uniform as part of a sponsorship deal with another gambling site, Sportsbet.io, which was terminated.

The partnership with the Premier League club will be Stake.com's debut in football and is part of the betting site's strategy to expand internationally. The company recently opened an official website in the UK. Before that, the brand had already closed an agreement with the UFC for Latin America and Asia.

According to The Athletic website, the contract was scrutinized by Watford to avoid a situation similar to what happened with Norwich, which was forced to cancel its agreement with bookmaker BK8 after protests from the fans. The sponsorship lasted only three days and was canceled because the company uses images considered extremely sensual of young women in marketing actions in digital media.

“The past few years have seen consistent growth for Stake.com, and this partnership with Watford marks the next chapter of our company,” summarized Mladen Vuckovic, Executive President of Stake.com UK.