Two public hearings take place this week to discuss the regulatory framework for gaming in Brazil and the creation of state lotteries. The Finance and Taxation Commission will debate Bill 472/07, which authorizes states and the Federal District to explore lotteries. It will be held in plenary 8, at 9:10 am on Wednesday 15. At 2:30 pm will take place the meeting of the Tourism Commission in Plenary 9 to discuss the proposed regulatory framework for gaming in Brazil (Bill 442/91 and others), suggested by the president of the group, Deputy Bacelar. 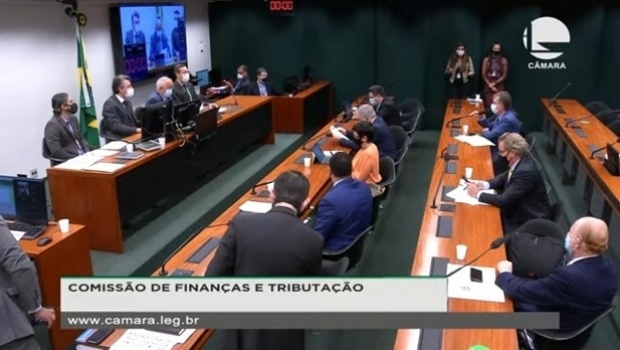 Deputy Júlio César (PSD-PI), proposed holding the debate on lotteries, recalling that Bill 472/07 has been in the Chamber for more than a decade and was stopped because of the old "legal uproar about the constitutionality of a decree-law, published almost 50 years ago, which granted Caixa Econômica Federal exclusivity in the exploitation of lottery games."

"In 2020, the Federal Supreme Court overcame this dispute and decided that there is no reason for the monopoly, authorizing the states of the Federation to maintain their own lotteries," added the deputy.

Júlio César recalls that in the STF ruling it was determined that federal law should bring beacons so that member states can explore this economic activity.

The president of Caixa Econômica Federal, Pedro Duarte Guimarães, and the president of the Brazilian Association of State Lotteries, Roberto Rabello, were invited to the debate.

Regulatory framework for gaming in Brazil

The Tourism Commission will hold a public hearing on the same Wednesday, 15th, a public hearing to debate the proposal for the regulatory framework for gaming in Brazil (Bill 442/91 and others). The text was approved by a special committee of the Chamber of Deputies in 2016 and is awaiting a vote in the Plenary. The Bill has been in the House for 30 years.

The debate was suggested by the president of the Tourism Commission, deputy Bacelar (Pode-BA). He claims that the approval of the proposal could encourage tourism in the country, with the generation of 700,000 direct and indirect jobs and R$ 20 billion annually in tax collection. "The legalization of all types of gambling can help the country out of the crisis, especially in the post-pandemic period," says Bacelar.

According to the deputy, the regulation of games of chance will also attract international investors to the Brazilian market, both in physical enterprises and in the digital environment.

Last week, the President of the Chamber of Deputies, Arthur Lira (PP-AL), announced an Act to create a Working Group (WG) to update the replacement of Bill 442/91 and other related projects dealing with the creation of the regulatory framework for gaming in Brazil.

The purpose of the WG is to update Bill 442/91, including removing from the project modalities already approved by other legislation, such as sports betting and state lotteries. The verticals of bingo, video game, jogo do bicho, online games, urban casinos and integrated casinos in resorts will be in the Bill review.

Deputy Bacelar stated that “we need to find new sources of revenue for the recovery of the economy and the WG will build a text that addresses all expectations. I am sure that we will achieve this goal and provide the necessary tools for Brazil to benefit from these activities. We're talking about more than 700,000 jobs and R$20 billion in taxes,” he says.

The following were invited to the hearing:

WALDIR MARQUES JÚNIOR
Subsecretary for Awards and Sweepstakes of the Evaluation, Planning, Energy and Lottery Secretariat;

MAGNO JOSÉ
President of the Brazilian Institute of Legal Gaming