To boost its technology ahead of the World Cup

Brazilian sportstech Rei do Pitaco has announced today it has secured USD 32 million to boost its technology set-up and user base ahead of the World Cup later this year. Led by D1 Capital Partners, the round was co-led by Kaszek, Bullpen Capital and Left Lane Capital. In addition, Globo Ventures and DST Global partners Tom Stafford and Nick Brito have also joined the pool of backers. 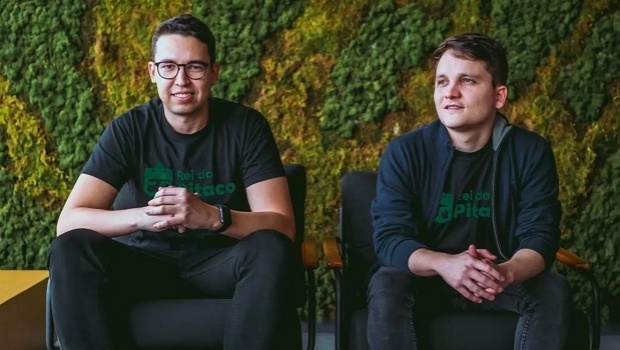 The latest announcement follows a USD6 million seed round the São Paulo-based firm raised eight months ago that enabled a 600% growth in its user base as well as product development.

With more than 1.5 million users, Rei do Pitaco is a pioneer in Brazil in the segment of daily fantasy sports (DFS). This is an accelerated variant of traditional fantasy games and a burgeoning type of sports-betting market that is sweeping through more mature markets such as the United States. Under the format, users draft fantasy teams with players from professional football leagues with scores linked to athlete’s real-world performances, and compete for prizes at the end of each competition round.

Users can play for free or pay to enter competitions. In the latter scenario, the company takes a cut of up to 25% from the total amount committed by the teams. Rei do Pitaco has distributed BRL 30 million (USD 5.3 million) worth of rewards to best-performing teams since its inception.

According to Rei do Pitaco chief executive Mateus Dantas, the new capital was needed to further enhance the technology underpinning the platform and grow the user base. “We’ve been growing really fast over the last 12 months and we are aiming for a five-fold increase this year, and for that we will need to improve the product and enhance our client acquisition processes, and more people”, said the founder, a former employee of Meta, Google and Brazilian gaming unicorn Wildlife Studios.

With more sports to be added to the platform in future, the startup’s company’s goal is to be “the second screen of every sport”, according to Dantas. “The idea is that as you are interacting with any type of sport, Rei do Pitaco will be there to boost engagement with that event while providing additional entertainment for sports fans”, said Dantas. To that end, the startup is focusing on partnerships with TV channels and professional leagues.

The company currently employs 76 staff which operate remotely. The startup is currently building an office in Paulista Avenue, in central São Paulo, but will continue to favor a remote-first approach. “[The new office] is more about providing a really cool place to work for people if they want to use it. A lot of people want to keep on working remotely and that helps us in terms os attracting talent”, Dantas noted.

Another goal of the company is build a diverse workforce – which is challenging, given that fantasy football is a predominantly male pursuit. According to chief operating officer at Rei do Pitaco, Kiko Augusto, as well as recruitment efforts focused on hiring more women, the company wants to bring in more diversity to its own product, with the addition of female soccer to the platform in the near future. “We want to produce stats on female soccer and help change the current reality”, he noted.

The Brazilian market around DFS and sports betting looks promising, according to Augusto. “There is an ongoing debate around [sports betting] regulation in the Congress, and our expectation is that all the related markets will start to evolve and grow significantly in the years to come”.