After having the urgency of the procedure approved at the end of 2021, the project that legalizes gambling in Brazil can be appreciated right after the parliamentary recess by the Chamber of Deputies. To Valor, the rapporteur of the proposal, deputy Felipe Carreras (PSB-PE), said he was confident in a quick approval of the proposal in February. “There is a commitment made by several leaders that we vote on the merits as soon as the recess is over,” assured Carreras. 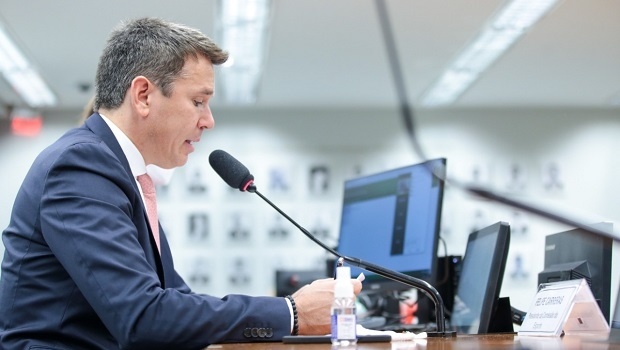 The proposal is old, it was presented about three decades ago by former deputy Renato Vianna (MDB-SC) and has always faced resistance from the evangelical bench. The group, formed by important allies of President Jair Bolsonaro, has already worked to prevent the text from advancing last year. And now it intends to demand a more assertive stance from the federal government to try to stop its process.

On the other hand, the rapporteur of the proposal, Deputy Felipe Carreras (PSB-PE), relies on the argument that it is important to monitor the activity that already exists in the country and consider possible gains in collection, in case the regularization advances in the Legislative Power.

With control of the agenda in the Chamber, who will give the cards will be the president of the House, Arthur Lira (PP-AL). He did not make a commitment to either side, but he even rehearsed, hours before the vote on the urgency request, a defense of the proposal's approval.

“This issue of legalizing gambling in Brazil has been a long-debated issue. And it has to be done with a lot of debate. Those who defend legalization will say the reason, those who are against it will say the reason. We will have the opportunity to find out who wants gaming to remain illegal in Brazil as it is today. Everyone knows that there is a casino, that there is bingo, there are slot machines, virtual bets, which are debited from the credit card and paid abroad, also jogo do bicho,” said Lira at the end of 2021. “But it has to continue in hiding to continue without generating formal jobs in Brazil? Without paying, more or less, R$ 20 billion to R$ 25 billion in taxes for the Brazilian people? This debate will take place here. Now the form, let’s treat it,” he added.

The most recent opinion presented by the rapporteur brings changes in relation to the original project, made to reduce criticism of the lack of inspection, the possible association of the activity with criminal organizations and the health risks caused by addiction to gambling. One of the planned changes is to end the explicit amnesty for those who are being prosecuted for criminal misdemeanor because of clandestine bingo or jogo do bicho operations. The current version does not address the issue, which would be left to the courts.

Carreras' report proposes to legalize gambling and only allow the federal government to be responsible for granting operating permits to interested companies, either in a virtual or physical form. If approved, a regulatory agency will be created to supervise companies operating in the sector.

In addition to the taxes that are already levied on companies, such as the Income Tax, the project creates a Contribution for Intervention in the Economic Domain (Cide) for gaming of 25% on online vertical and 20% for others. The estimated apportionment of these resources is 50% for the federal government and 50% for states and municipalities. The creation of operating authorization and inspection fees are also foreseen - this is charged annually.

To Valor, Carreras said he was confident in a quick approval of the proposal. The topic should be discussed at the first meeting of party leaders in the Chamber, which still has no date to take place. “At the end of last year, when we got the approval of the urgency, we talked about the possibility of meeting when it is close to the return of work. There is a commitment made by several leaders that we vote on the merits as soon as the recess is over.”

According to people familiar with the situation, the project's rapporteur in the Chamber would have already spoken with the President of the Senate, Rodrigo Pacheco (PSD-MG), and with Senator Veneziano Vital do Rego (MDB-PB), who will report the proposal in the House. Both would be in line with Carreras' arguments and defend the speed of approval of the project.

The evangelical bench, on the other hand, should raise the tone so that government supporters increase the movement to prevent the proposal from advancing. Allies of the president admit that the importance of the support of the religious in an election year can deflate any type of offensive by the Palácio do Planalto for the approval of the proposal. Even so, ministers have guaranteed, in a reserved character, that the government should not move to prevent the legalization of gaming in the country. Some of them have already confided to parliamentarians who are in favor of the initiative.

Both groups have plenty of chips for the upcoming match. In February, the luck will be cast.