The Ministry of Economy responded to Information Request 1343/21, in which Deputy Kataquiri (DEM/SP) asked Minister Paulo Guedes clarifications on statements by the Secretary of Evaluation and Lotteries Gustavo Guimarães, regarding the regulation of sports betting in Brazil. On several occasions last year, including in an interview with GMB, Guimarães stated that the regulation would come before the Qatar World Cup. 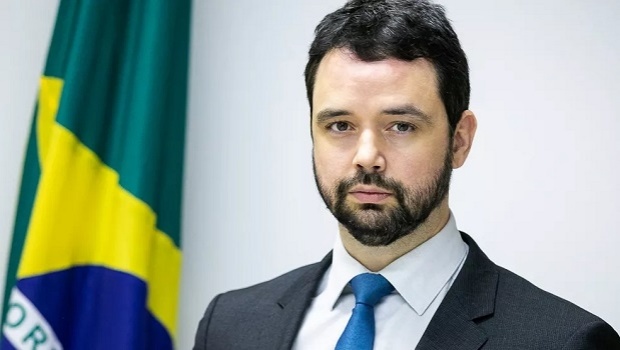 Deputy Kataguiri sent the RI in November last year asking Minister Paulo Guedes about Guimarães' statements, and demanding greater clarity regarding the process of granting the bets initiatives to the private sector.

Questions and answers from the Department of Evaluation and Lotteries

1 - What actions are being studied to be implemented by the Secretariat of Evaluation and Lotteries of the Ministry of Economy with a view to the regulation of sports betting in Brazil?
The actions in courses at the Ministry of Economy that involve the regulation of the exclusive public service of the Union, fixed-quota betting lottery, commonly called "Sports Betting", strictly follow the legal rules contained in Law No. 13,756, of December 12, 2018, according to the competence to regulate this sector in the country, held by this ministerial portfolio, as provided for in Law No. 13.844 from June18, 2019

With the objective of collecting subsidies to establish a regulatory model aligned with the best world practices and that provides a competitive environment related to the regulation of Fixed Odds Bets (Chapter V, of Law No. 13.756, from December 12, 2018), which is underway and coordinated by the Secretariat for Assessment, Planning, Energy and Lottery (Secap), this ministry carried out three public consultations.

The first public consultation established the period from 07/30 to 08/31/2019 to receive additional contributions, insights and suggestions to be provided by completing a questionnaire that was made available on the Ministry of Economy website (Dou nº 144, Monday, July 29, 2019, Section 3, page 27).

The second public consultation was opened in the period between 09/13 and 09/27/2019, with the objective of collecting subsidies for the improvement of the Draft Decree regulating Fixed Odds Bets that was previously made available on the website of the Ministry of Economy (Dou nº. 178, Friday, September 13, 2019, Section 3, page 48).

The third public consultation received contributions, in the period between 02/17 and 03/06/2020, for the improvement of the Draft Decree regulating the operation, in the Country, of the Fixed Quota Betting lottery modality (Dou nº 33, second- Friday, February 17, 2020, Section 3, page 22).

In the three public consultations, thousands of contributions were received, representing an important set of information to support the regulation of the Fixed Quota Betting lottery modality in Brazil. In fact, based on the subsidies received and, as a necessary action and predecessor of the regulation, Law No. 13,756/18, which instituted this new lottery modality in the country, was amended by Law 14,183, of July 14, 2021, to better adapt the taxation of Fixed Quota Bets in Brazil, since it presented mechanisms for the distribution of resources collected as if a lottery based on a draw were – a situation that is totally undesired for a lottery like this, which involves financial risk to operators.

Thus, the Ministry of Economy monitored and offered the elements of conviction that allowed the enactment of Law nº 14.183, of July 14, 2021, which aligned Brazil to the best international practices in a sustainable way and with due legal and regulatory certainty, to that the exploitation is viable by the federal and subnational entities.

With the advent of Law No. 14,183, of July 14, 2021, the Ministry of Economy began to adopt the necessary procedures to comply with the provisions of § 3 of art. 29 of Law No. 13,756, of 2018, that is, that the regulation of the Fixed Quota Betting lottery modality be regulated by this ministerial portfolio until December 2022. With this objective, the planning, evaluation and design actions of regulatory requirements are being dealt with by various actors of the Ministry of Economy, such as the Special Secretariat for the Investment Partnership Program (PPI) and BNDES, and other public bodies, always having as a premise the construction of a modern and effective framework that maximizes resources for the public coffers and that protects, with due effectiveness, the public that bets on this new lottery in a promising market like Brazil.

Additionally, still in 2021, Secap held a series of seminars to stimulate debate and the dissemination of knowledge on subjects related to its area of ​​activity, clarifying that the opinion of speakers does not necessarily represent a position of the Secretariat, but is intended to to contribute with information, public discussion, studies and opinions that help in the formulated or evaluated policies and in the transparency towards society.

The Fixed-Odds Lottery modality, unlike traditional lotteries, has a high level of percentage distribution of the amounts collected for the player, in the form of prizes. With this, an average of 90% of the total collected from the commercialization of this modality in the country can return to the player as a prize.

With these projections, it is estimated that amounts to be allocated to the Union annually, including the Income Tax on prizes, can range from R$377 million to R$701 million, while the prize pool intended for gamblers could reach values of R$ 3.8 billion to R$ 7.1 billion.

Market participants have more optimistic estimates. In the Secap 14 Webinar, of 07/23/2021, which dealt with the topic “Sports betting, a great opportunity for the country”, an external entity (Global Lottery Monitoring System - GLMS) presented an estimate that the potential volume of business in this market could reach around R$ 20 billion in 2026, which shows that income tax collection may be higher than the amount informed in the previous paragraph.

As for the grant amounts, they will only be known after completion of the study in the Executive Branch, which, among other aspects, must choose between the authorization or concession models that must be explored, exclusively, in a competitive environment as established in § 2 of Art. 29 of Law No. 13,756/18.

3 - What are the impacts of sports betting regulation in Brazil in terms of creating new jobs?
This estimate will depend on different factors related to the perception of risk versus opportunity on the part of potential investors in expanding the national lottery sector with the final regulation of Fixed Odds Bets.

However, qualitatively, it can be said that the improvement of the business environment for this lottery modality is foreseen, from, among other circumstances, the generation of jobs and income due to the activities that will be formally performed, such as, for example, the inherent to advertising, publicity and marketing, information technology, organization or contracting of points of sale or capture of bets, sponsorship and holding of sporting events – activities that are the responsibility of future private operators.

4 - Is the information valid that the Federal Government intends to grant, in a non-onerous way, without a bidding process, and with coverage throughout the national territory, authorizations for the exploitation of sports betting?
Firstly, it is necessary to clarify that for the specific case of the Fixed Quota Betting lottery modality, under the terms allowed by Law No. 13,756, of December 12, 2018, more specifically in § 2 of article 29, as reproduced below, this modality must be operated in the country, in the form of a public service of the Union, by means of a concession or authorization throughout the national territory.

Art. 29. The lottery modality is created, in the form of an exclusive public service of the Union, called fixed-odds betting, whose commercial exploitation will take place throughout the national territory.

2º The fixed-odds lottery will be authorized or granted by the Ministry of Finance and will be operated exclusively in a competitive environment, with the possibility of being  marketed in any comercial, physical and virtual distribution channels [emphasis ours]

However, it should be clarified that the modeling of the future operation of delegation by this federal entity within the scope of Fixed Quota Bets is still being studied by the Executive Branch, which, when concluded, should indicate the regime of delegation of the public service, be it in the form of concession or authorization, as stated in the legal provision.

However, it should be noted that there is no definition or guideline on the part of this Ministry of Economy for the delegation of Fixed Odds Bets to occur in a non-onerous way for future operators.

5 - If the questioning of item 4 is positive, is there an impact assessment of this measure in the concession processes that are already being carried out by states of the federation?
The answer to the question in item 4 that the Federal Government intends to grant or authorize in a non-onerous manner is not positive.

The answers lead the firms from: