Huge expansion of the international brand

1xBet continues its policy of supporting tournaments around the world and this year in Brazil in particular. The famous international bookmaker decided to expand in the country with a strong investment that includes partnerships with state tournaments such as Paulista, Mineiro and Paraense, among others, in addition to the Supercopa do Brasil. The brand also obtained the naming rights for the Brazilian Series C and D, the Campeonatos Baiano, Goiano and Cearense. In total, there are 13 national football tournaments that in 2022 have a partnership with 1xBet. 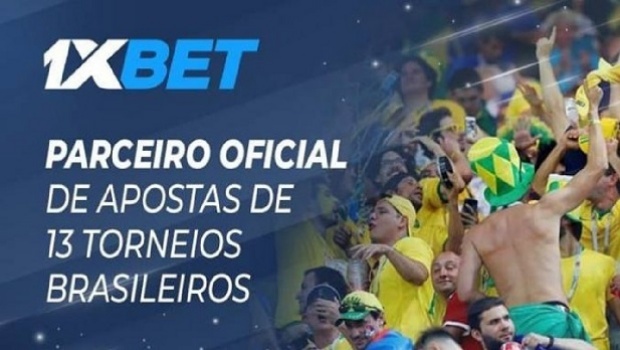 “The development of sports in Latin America demonstrates the serious intentions of 1xBet in this region. Last year, our advertising was present at the matches of the elite football divisions of Brazil and Chile. And now, the company enters the new season with sponsorships of many other football tournaments in Brazil. We believe that our cooperation will bring great benefits to all parties, and most importantly, to Brazilian football fans,” said 1xBet representative Alex Sommers.

One of the crown jewels is the Campeonato Paulista, which brings together 16 clubs, some of them the biggest in Brazil. Tournament visibility is arguably the most important of all state tournaments. The sponsorship provides for a presence in the LEDs on the entire field and on the competition's social networks. In addition, 1xBet will be the owner of the ‘Craque do Jogo’ award, giving its name to the trophy to be given to the best player on the field in all 110 games in the Paulistão.

1xBet is active in the South American market. Now, expanding on its involvement, the bookmaker has become the official betting partner of a number of football tournaments in Brazil:

The agreement duration is for the 2022 season. Now the company's advertising can be seen on static boards during matches of the above-mentioned tournaments.

1xBet has also obtained naming rights for the following tournaments:

All contracts were closed with the support of Volta pra Marcar, 1XBET's exclusive agency for the LATAM market, directed by Matheus Antunes, who has already informed that new sponsorships will come soon, not only in Brazil, but also in other Latin American countries.

1xBet continues its policy of supporting sports tournaments all over the world and in South America in particular. In 2021, the bookmaker's advertisements were present at matches of the Brazilian Serie A and the Chilean football championship. The 1xBet branding can now be seen at the qualifiers for the 2022 World Cup in South America. Customers of the reliable bookmaker can also anticipate more good news about additional sponsorships in the future.

1xBet is an international betting company with over 14 years of experience in the sector. The brand's customers can bet on thousands of events in more than 60 sports. The company's website and apps are available in over 60 languages.

1xBet's portfolio of branded partnerships include FC Barcelona, FC Lyon, CAF, the Italian Serie A and Spanish La Liga broadcasting partnership, as well as other well-known sports clubs and organizations. The company has been repeatedly nominated and awarded prestigious awards including IGA, SBC, G2E Asia, EGR Nordics Awards and others.