Riot Games will demand a complete vaccination schedule against COVID-19 from players, coaches and team members to participate in all tournaments that the company holds in person in Brazil, such as the Brazilian League of Legends (CBLOL), the Valorant Challengers Brazil and the Wild Tour Brasil, by Wild Rift. In the case of CBLOL, viewers must also have full immunizations to enter the studio. 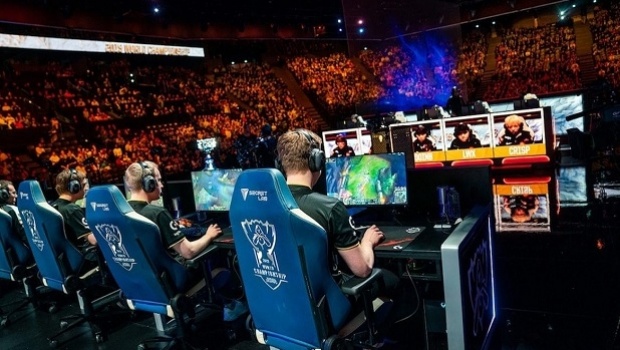 “Riot Games will require players, coaches and team members to have a complete vaccination schedule against COVID -19 (two doses for the Butantan, Fiocruz and Pfizer vaccines; one dose for the Janssen vaccine) to be enrolled and participate in all its Brazilian tournaments,” informed the developer and organizer of the championships, in a statement sent to the GE this Monday (3) night.

Proof of vaccination schedule is one of the measures that, together with others involving testing, sanitizing environments and social distance, aims to bring more security and protection to everyone involved in the production and transmission of the championships, which will be held in facilities of Riot Games.

The LoL, Valorant and Wild Rift national championships will be held in person at Riot Games' studio in Sao Paulo. In the case of CBLOL, the company plans to have an audience present at the weekly games.

Asked by GE, the developer informed that, for now, even with the advancement of the omicron variant, which has caused an increase in the number of cases, it maintains the decision to make the in-person matches, but has not ruled out the possibility of going back.

Riot Games is monitoring the number of cases arising from the new variants, as well as the celebrations of the end-of-year holidays, and will still be able to modify this decision until the beginning of the championships. For now, the plans for holding the on-site championships are maintained.

According to Riot Games, the public released for CBLOL will be less than the studio's maximum capacity, in order to guarantee distance between people. The developer said it will soon release information about ticket sales to CBLOL viewers.

Even so, Riot Games has already said that, as well as players, coaches and team members, spectators must have a complete immunization scheme against COVID-19 in order to enter the studio.

The public at CBLOL will also have to present proof of vaccination with a complete vaccination schedule (two doses for the Butantan, Fiocruz and Pfizer vaccines; one dose for the Janssen vaccine) to enter the studio, in addition to having other protocols of prevention. The presentation of proof of vaccination can be done through applications or physical registration, according to state legislation. This information will be available at the time of ticket purchase and will be released shortly by Riot Games.

The company's announcement comes amid controversy caused by the Argentine coach of Valorant Rodrigo "Onur", who had signed with LOUD, but who lost his job after complaining that he would be deported from Brazil for not having been vaccinated. Given the negative repercussion of the statement, LOUD withdrew from hiring Onur, as published exclusively by Blog do Chandy, by GE.

The coach later said that the organization knew of his intention if he did not get immunized and that he even made inquiries with Riot Games, questioning whether this would be an impediment to participating in the championships in Brazil.