One of the biggest names in Brazilian and world football, with a winning career and several titles in the most important clubs in Brazil, Vanderlei Luxemburgo was announced as new ambassador of Arena Fantasy, which will bring something totally different from what is on the market. The premise of the game will be to assemble winning strategies, beat opponents and win big prizes. 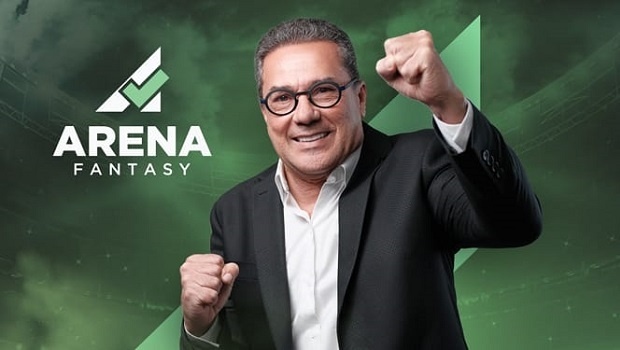 Considered by all as revolutionary and ahead of his time, the former coach of the Brazilian national team and Real Madrid arrives with strong symbolism in the launch of the project, idealized in a completely innovative format in fantasy game mode, which promises to be the number one entertainment of football lovers in Brazil.

Within Arena Fantasy, the game will require each user all knowledge and expertise about football to set up strategies, be a winner and profit from great prizes offered. Therefore, nothing better than Luxemburgo, recognized on the planet as revolutionary and great master of strategy, to be the ambassador of the platform.

"The Arena Fantasy project won me over instantly. For its dynamics and the innovative format of the dispute between players, prevailing the one who has the best ability to understand and apply strategies, focusing on entertainment and competitiveness. I was also shown the entire social project that comprises Arena Fantasy beyond the app. This set of factors made me accept the challenge of being the ambassador,” declared the "Pofexô".

"Vanderlei Luxemburgo's career needs no comment and brings achievements and records that marked a generation. He is a figure who has always been ahead of his time, strategist, revolutionary and victorious, who personifies the hero's journey like no one else. This all symbolizes what we want and think for our platform: to revolutionize the form of football entertainment in Brazil," said Wilder Brito, Director and Co-founder of Arena Fantasy.

Arena Fantasy will bring something totally different from what's on the market. The premise of the game will be to assemble winning strategies, beat opponents and win big prizes. And in this bias, reveal new master strategists not yet discovered by Brazil.