Special series of Jantalia Advogados explains the concepts of gaming

Jantalia Advogados has released a series of videos to discuss topics related to the regulation of gaming and betting in Brazil. In the second episode, Fabiano Jantalia explains the concept of the game and its peculiarities. Instead of analyzing legal aspects, Fabiano points out the main characteristic of the practice, which is fun and entertainment, combined with the definition of rules for each modality and use of strategies. 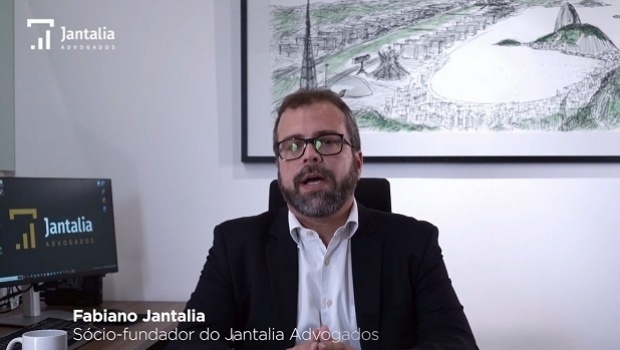 The lawyer and specialist of the gaming industry Fabiano Jantalia has just released the second episode of the series "What is at stake", which discusses topics related to the activity in Brazil. In it, Jantália describes the concepts of gaming and the peculiarities of the practice.

He opens the video justifying that recent debates about the legalization of the activity and that for this reason decided to present the basic concepts of gaming and which are its defining elements.

The first of the concepts presented by Jantália was as to the fact that gaming should be seen as an activity that aims to provide fun or entertainment. For him, this removes from the concept of gaming an activity that involves some kind of competition with a risk to the health or life of a certain person. In the explanation, he cites the Netflix series Round 6, "which technically cannot be considered gaming."

Another point raised by Jantalia is the issue of the presence of fixed rules. "For some activity to be characterized as a game, it must be based on a system of fixed and stable rules."

The third element pointed out by the lawyer was the use of strategies. "Players' actions are able to exert some kind of influence on their chances of success. The game needs to allow a space for formulating and using strategies so that participants can increase their chances."

Thus, he ends by explaining that "we can propose a formal concept of play as an activity or process focused on entertainment or fun based on a system of previously defined rules in which, one or more participants, will interact through the use of strategies and within a universe of alternatives allowed by the rules of gaming."

For Jantalia, the concept should be formally adopted in Brazil. "Bill 442/91, approved in the House of Representatives and awaits a vote in the Senate. And in this project, there are legal concepts and definitions and in them is precisely the legal concept of gaming, which I have just presented."

In the next episode (available in Portuguese), Jantalia promises to blur the difference between play and bet.