Furia closes sponsorship of US$ 3.25m with FTX, the largest in eSports history

Furia, the main Brazilian eSports organization, signed a contract worth R$ 15 million (US$ 3.25m) with FTX, a global company in the cryptocurrency sector. It is the largest sponsorship in the history of electronic sports in Brazil, with amounts equivalent to those received by teams in the Serie A of the Brazilian Championship, with the brand being displayed on the uniform of the teams in all modalities. The information was obtained exclusively by Estadão. 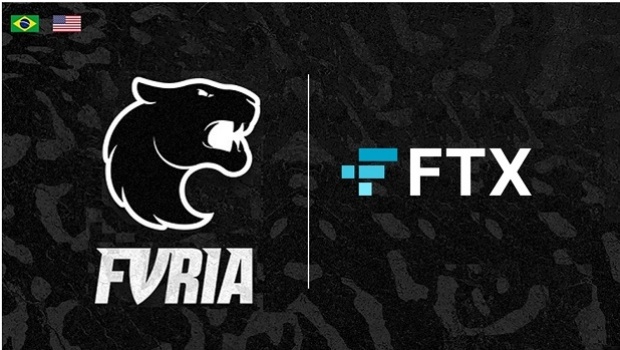 With just over five years of existence, Furia currently has seven companies on its list of sponsors — among them Red Bull, Santander and Twitch. The new agreement represents a value greater than the sum of the amount paid by these companies. The contract also represents an increase of 1800% over the first agreement, which took place in the organization's first year of founding.

When it comes to eSports, still a niche content, the numbers are considered surprising. By way of comparison, São Paulo footbal club receives around R$ 24 million (US$ 5.2m) to stamp the brand's name on its jersey. It is worth mentioning that FTX sponsorship does not represent the organization's main source of revenue, which comes from prizes and arena rights.

According to Aline Mariama, director of sales and partnerships at Furia, the cryptocurrency boom at the end of 2021 led to a search for companies in this segment to establish partnerships. She reveals that the eSports group received several proposals and talked to other interested parties before closing the deal, but the choice for FTX was mainly due to the convergence of ideals to be taken to the gamer audience.

“Furia is more than a sports organization, we are a sociocultural movement. We want to impact people's lives, whether our professional athletes, streamers and employees, through sport, performance, technology and good decision making. We care about the future and the lives of the people who are connected with us,” she says. “We are not only looking for a sponsor, but also partners who want to grow with us, with our bold ideas of provoking and seeking change.”

Unlike what happens in other sports, in which brands are mostly exposed on television broadcasts, eSports sponsors and streamers have the possibility to appear for hours to gamers, accustomed to lives that can last up to six hours straight on the internet. As it is a cryptocurrency company, a topic that has not yet been addressed by the general public, Mariama says that Furia was careful to research whether the partnership would be well received by fans. The diagnosis was that the public still had a very limited understanding of the subject, and consequently the fear of experimenting with cryptocurrency exchange technology. The idea was to create educational content, which will be broadcast on Furia's networks.

“We are very careful with the dialogue we have with our fans. Within our own body of athletes, there are people who don't understand anything, and one or another who understands a lot. They are streamers that reach different niches and age groups. Each of them will help to plant this little seed within their level of knowledge. Those who know little will learn together with their community (of fans) and share this knowledge.”

Based in the Bahamas, FTX was created in 2019 by 30-year-old American businessman Sam Bankman-Fried. According to Forbes, his fortune is valued at US$24.5 billion.

Founded in 2017 by André Akkari, Jaime Pádua and Cris Guedes, Furia quickly became known for its performance in eSports championships, especially in Counter Strike:Go tournaments. The organization has the illustrious fans of Neymar, a declared fan of the game, and who has already made publications on the networks cheering for the group, which still has teams in the disputes of Valorant, League of Legends, Rainbow 6 and Free Fire.

Furia's CS:GO team, one of its flagships, currently has Rafael "saffee", Yuri "yuurih", Andrei "arT", Kaike "KSCERATO", and is coached by Nicholas "guerri". It was the game that raised the organization to success, with the team's classification for the dispute of its first world championship in 2019. Since then, the team has accumulated trophies in the category and consolidated itself among the ten best on the planet. It currently occupies the eighth position in the world ranking, the best Brazilian on the list.