Betfair has partnered with journalist Tiago Leifert to launch ‘Dia de Jogo’ (Game Day), a new show with lots of football content that will make life easier for Brazilian sports bettors. The attraction will be launched on the 15th and will accompany the 2022 national tournament season. The goal is to show people the variety of possible bets within a football match. The project was created by Leifert and Betfair, with support from Ogilvy agency. 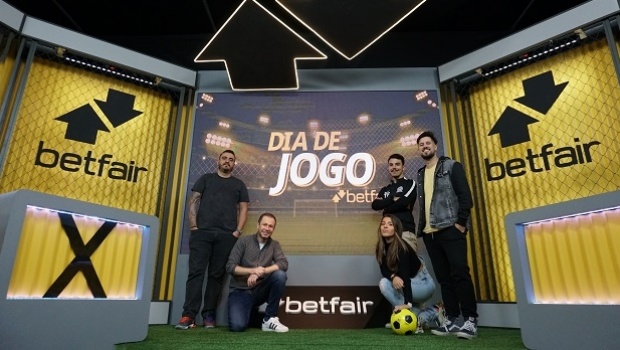 This is the first project in which Tiago acts as artistic director, instead of presenter. After being in front of the camera for 18 years, he changes places in the studio, heading backstage to be the show's main thinking mind, as he chose the presenters and developed the concept of the show's frames. The first episode will air on May 15, Sunday, from 3 pm.

“Every time I decided to bet on a game I found myself researching the news, analyzing the teams, trying to understand how they played. It was fun, but it was a lot of work. ‘Dia de Jogo Betfair’ is the show I would like to watch when I decide to bet, we are going to take everything that is relevant about the game and deliver it to bettors already deciphered. Analysis, data that until then only clubs had, all this will be on the show. We know that when you bet, the way of watching the game is completely different, and that's what we value. The show is almost an intelligence center so that gamblers have the best content and the best company when it's time to do a little feat,” highlights Tiago Leifert.

The idea of ​​‘Dia de Jogo Betfair’ is to show people the variety of bets possible within a football match, and how this makes the match more exciting, attractive, and above all, more fun.

“We are very happy with the opportunity to work with Tiago, a highly talented professional who is demonstrating his ability to create and achieve in this project. Betfair wants to be at the side of Brazilian fans in their conversations about football and betting, and that includes offering relevant information that will allow them to achieve the best results in their choices,” says Kimberley Daly, Marketing Director at Betfair.

​​‘Dia de Jogo’ will feature four presenters, who will soon be recognized by those who like to follow sports broadcasts and debates: Cassio Barco, a revelation in sports journalism at Globo who recently left the station and will be the main host of the attraction; Edu Semblano, digital influencer and CEO of Fui Clear Channel; Bibi Molina, a reporter with more than 10 years of career; and performance analyst and born gambler, Tik Tok fever, Thomaz Freitas.

The show will air on Sundays, starting an hour before the main game of the round, and then follow the match in real time with commentary from presenters to help bettors make the best betting decisions. The attraction will feature fixed frames and will also allow presenters to receive an outstanding guest in the sport.

*News of the Week - opening panel of the program, which will feature a round of the best and main news of the week about sports in general;

*Round coverage - overview of the sports round and predictions about what is to come in football;

*Corneta Gourmet - Thomaz and the presenters will analyze data and statistics from the matches and unveil the best strategies to help bettors' decisions;

*Bota Fé Moment - Table in which the presenters and the guest explain, using data provided by Betfair, how they can create their bets on the games.

*Minha Fezinha (My little girl) - choices made by users/players during the program to show that there is no wrong or right bet, but that there are different bets;

*React in the Pitch - moments recorded by the show's cameras that promise to go viral throughout the week.

The ‘Dia de Jogo’ project also counts with the participation of Ogilvy, one of the largest communication groups in the world, and official agency of Betfair. Ogilvy worked alongside Tiago and his new production company, Supernova, in creating the show's format and supporting the production.

“This project is the assembly of a team, to deliver something new and unprecedented to Betfair, and why not also to see and discuss football with a different lens. There are more people arriving, many special guests,” highlights Fernando Musa, Chief Executive Officer of Ogilvy Brasil.

‘Dia de Jogo’ premieres on May 15, at 3 pm, on the Betfair Brazil YouTube channel - access via the link www.youtube.com/c/Betfairnet.