For clubs that grant image rights

The new DF Lottery, approved this week by the District Chamber (CLDF) and that will be managed by the Regional Bank of Brasília, will allocate 5% of the proceeds to professional football in Brazil’s Federal District. The proposal was accepted in the vote on the matter in plenary and was made by deputy Eduardo Pedrosa. 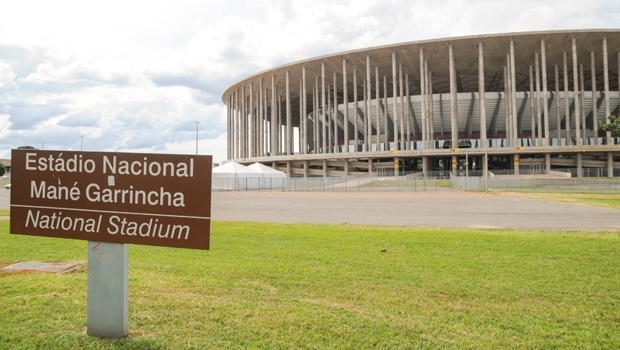 The Legislative Chamber of Brazil’s Federal District approved this Tuesday (10) the creation of the Federal District lottery, which will be managed by the Banco Regional de Brasília and will allocate more than half of the amounts collected to various public sectors and private social initiatives in the DF.

Among those that will receive part of the collection, professional football in the Federal District will be one of the recipients of the funds. Professional teams in the capital will be entitled to 5% of the institution's collection.

Amendment 20, presented by deputy Eduardo Pedrosa in plenary, provided that “5% (five percent) of the resources collected in each draw, with the exploitation of lottery games dealt within this law, are destined for sports entities of the football modality based in the Federal District that assign the rights to use their names, brands, emblems, hymns or symbols for the dissemination and execution of the Public Lottery Service of the Federal District.”

In practice, clubs will exchange advertising space for a share of 5% of the amount collected by each draw. The project does not describe how the total amounts will be divided, nor the frequency of transfers.

Inclusion of clubs by amendment in the Plenary

This percentage was not included in the initial project, sent by Governor Ibaneis Rocha in 2021. However, its inclusion was based on the basis of the current representative of the GDF and with opposition parties. The president of CLDF, Rafael Prudente, and Dep. Eduardo Pedrosa were the biggest supporters of the proposal.

Right before the vote, Rafael Prudente commented: “I'm sure it will be a great advance. I want to thank the entire federation group that came to us, and sought out Deputy Pedrosa. So, as agreed here, the amendment is being appreciated and approved so that sport has more and more social support from our government and now with the creation of the lottery.”

One of those responsible for the inclusion of the clubs, Godofredo Gonçalves, pointed out that “it is a very big victory for the sport and football of the DF. I would like to thank Deputy Eduardo Pedrosa (author of the amendment), Agaciel Maia (CEOF president) and the president of the Chamber of Deputies Rafael Prudente for always welcoming us and listening to the demands we propose. It is a change of level and professionalism for the teams of the DF.”

Enthusiastic about the proposal, the president of Ceilândia, Ari de Almeida, said that “it was a win for local professional football. It is the first time in history that we have a specific law for us that benefits professional football clubs. The Legislative Chamber and the Government agree. We already have several segments covered by laws and initiatives and now it's football's turn. One more step that football takes towards its reorganization.”

The project will be sanctioned by Governor Ibaneis Rocha, who can veto the project, or parts it. The tendency is for the part of the DF football clubs to remain unchanged. If the project proceeds quickly, the first lottery draws and transfers to clubs in the federal capital should already take place in the final quarter of the year.