Over the years, the Prêmio Afiliados Brasil (Affiliates Brazil Award) has distinguished the best professionals and companies in various business areas related to affiliate and digital marketing. In the sports betting platforms and online casino sector, eight companies were listed for the grand finale, including 1XBET and Betmotion among others. 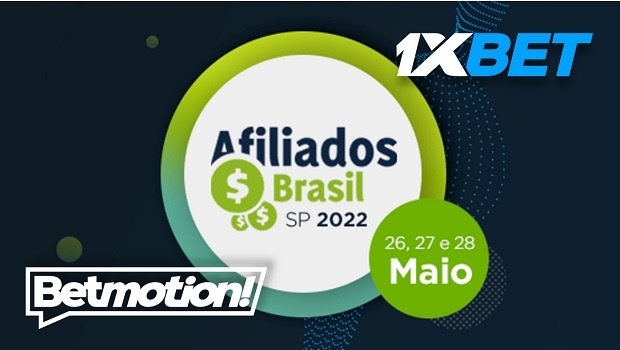 Over the years, the Afiliados Brasil Award has been considered one of the most important in the affiliation segment in the country and the nomination of finalists is the responsibility of the market itself, which makes the achievement even more valuable.

The nomination stage is now over and the finalists are already listed on the award organizers' website, and until next week everyone can choose the winners in the 16 categories.

The announcement of the winner will take place during the Afiliados Brasil Online event, which takes place from May 26 to 28 in Sao Paulo.

1XBET is recognized both in Brazil and worldwide as one of the best providers of live broadcasting of sporting events. The brand offers stable bets with one of the best odds on the market and works with a variety of software providers from major international companies. In addition to the comprehensive collection of sports and casino games, it also has amazing bonuses lined up.

In Brazil, 1XBET also has a strong presence in local football, after deciding to expand in the country with investments that include partnerships with state tournaments such as Paulista, Mineiro and Paraense, among others, in addition to the Supercopa do Brasil.

The brand also obtained the naming rights for the Brazilian Series C and D, for the Baiano, Goiano and Cearense championships. In total, there are 13 national football tournaments that in 2022 have a partnership with 1XBET.

For its part, a pioneer in the field, Betmotion has been operating in the market for 13 years and operates on several fronts, with more than 40 providers, having more than 3,500 games in different areas, such as sports betting, bingo, casino and slots, among others verticals. It has a team of more than 100 people spread across Latin America and Europe, and offers 24-hour service to users.

As an online entertainment site with Brazilian DNA, Betmotion is one of the main supporters of national sport, valuing values such as transparency, security, solidity, trust and social.

The company promotes sport in the country with sponsorship of Athletico Paranaense and Novo Basquete Brasil (NBB), in addition to names such as Cristiane (soccer player), Mackenzie Dern (MMA fighter) and digital influencers Negrete, Douglas Ninja and Billy do Br. Futsal, brand ambassadors.