Reinforcement of its positioning in eSports

Submarino, a brand that is a reference in technology trends, books and games n Brazil, has just announced its sponsorship of the Valorant Champions Tour Brazil 2022, a stage of the Valorant competitive scenario organized by Riot Games. With the sponsorship, Submarino will be present in the national stages of the tactical shooting game championship – FPS modality. This is another step by the brand towards strengthening its positioning in the segment and encouraging the gaming universe in Brazil and worldwide. 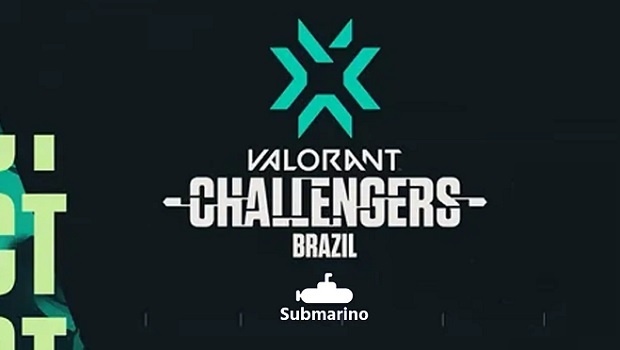 “Sponsoring an eports championship as important as the VCT is an incredible opportunity for Submarino, as the universe of games and technology are in our DNA. We recognize Brazil as a great power in the segment, so we increasingly want to serve as a reference for the enthusiast audience for games and Esports at all times that involve this lifestyle, from the time of setting up your setup until the moment of accompany the biggest championships in the world,” explains Vitor Monte, Submarino's head of marketing.

To encourage diversity and inclusion in the gaming universe, Submarino will also sponsor the VCT Game Changers, the biggest project to encourage women's Esports in Brazil. This action is in line with Submarino's ESG (environmental, social and governance) commitment to the UN's 2030 Agenda Sustainable Goals, which provide for gender equality (SDG 5) and the promotion of decent work, sustained economic growth, inclusive and sustainable (SDG 8).

“We are very excited to have Submarino's support at this time of growth in the Valorant competitive landscape,” comments Carlos Antunes, eSports leader at Riot Games in Brazil. “This partnership not only shows how brands increasingly understand the relevance of games and their universe of possibilities, but also the great potential of Brazil in Riot Games Esports.”

To launch the promotion of the sponsorship, Submarino produced a music video with the participation of Valorant players such as Belky and Tay Huhu. The creation of the video and the sponsorship project for the Valorant Champions Tour Brasil 2022 is from DRUID, an agency that is a reference in creating opportunities to connect brands and players in the gamer market. The debut of Submarino takes place this May, in the second stage of VCT Brasil 2022.

“Valorant has already become one of the most important games in Brazil and both the identity and the values of the community are very much in line with what we have already worked with Submarino. This connection with VCT and Game Changers is a natural strategic step that further strengthens the Brazilian market and demonstrates Druid's commitment and commitment to connecting leading companies in relevant projects,” comments Felipe Felix, Games and Entertainment Director at DRUID.