Three times best in the world and world champion with the Brazilian National Team in 1994 and 2002, Ronaldo ‘Fenômeno’ joins the Betfair team as an ambassador. An idol of generations in the country that has been the most champion of the world, Ronaldo Nazário de Lima is now part of the Betfair team, and will join Rivaldo in the gallery of brand ambassadors. “This partnership with Betfair will bring many amazing experiences to football fans,” said the star. 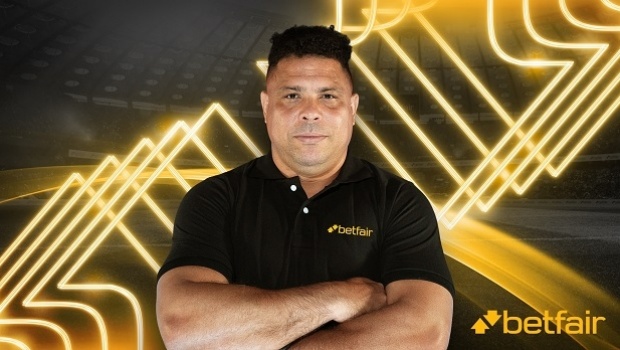 Ronaldo joins Betfair on a special date for the Brazilian fan, who celebrates the 20th anniversary of the Five-Time World Championship won by the Brazilian team in Japan, in June 2002. To celebrate the partnership with the Brazilian idol, Betfair launched, on its social networks, a video that recalls the main achievements of the ex-player's career and his probabilities to achieve such feats.

Kicking off the celebrations of Penta's 20th anniversary and the warm-up of the Qatar World Cup in November, Betfair further strengthens its hall of ambassador athletes. In addition to Ronaldo Fenômeno, top scorer of the World Cup with seven goals, the company also counts on the presence of the idol and vice-scorer of the 2002 world cup, Rivaldo, considered by many experts the star of that competition.

With Ronaldo ‘Fenômeno’ wearing the Betfair jersey, the bookmaker proves that any result is possible by bringing together again the two biggest stars of the 2002 World Cup after 20 years. Betfair also promises to offer its players many activations and premium content with the two ambassadors.

“We are delighted to welcome Ronaldo to our hall of ambassadors. Along with Rivaldo, we have two of the best Brazilian players who made history for the country. For Betfair, every result is possible, and Ronaldo perfectly translates the message of having faith and believing that any result can happen on and off the pitch. With high caliber ambassadors such as Ronaldo and Rivaldo, Betfair is even closer to passionate Brazilian sports fans and we are very excited to be able to deliver the most premium experiences a betting company can offer its customers,” says Kimberley Daly, Director Betfair International General.

Ronaldo Nazário, better known as Ronaldo ‘Fenômeno’, is considered one of the best players of all time. Born in Rio de Janeiro, the ace was a professional player for 18 years, and during this period, he collected individual achievements and important titles. In his entire career, he was awarded three times as the best player in the world, in 1996, 1997 and 2002.

There were four World Cups played with the Brazilian National Team, two titles (1994 and 2002) and one vice (1998), bronze medal at the Atlanta Olympics. For clubs, the striker won a Club World Cup, a UEFA Europa League, several national titles in Europe and two state titles for Brazilian teams. Among the clubs, R9 started his career at Cruzeiro and had outstanding stints and titles with PSV, Barcelona, ​​Internazionale, Real Madrid, Milan and Corinthians.

For Ronaldo, joining the Betfair team will be a step change in the sports betting market in Brazil, being able to explore his football knowledge alongside a company recognized in the world market.

"Joining the team of Betfair ambassadors is an honor, I will wear, once again, the same jersey as Rivaldo, something we did 20 years ago and makes us very proud to this day. I have no doubt that this partnership with Betfair will bring many amazing experiences to football fans. In a World Cup year, fans can expect a lot of news from Betfair and Ronaldo together, as every result is possible,” commented the ‘Fenômeno’.

Currently Betfair is also the official sponsor of Conmebol Libertadores and Sudamericana, in addition to having the naming rights of the Campeonato Carioca in the 2022 season. In May of this year, Betfair announced Palmeiras' sponsorship agreement with the club's master sponsorship of women's football for the next two years. The agreement includes official digital content exclusive to the club.

Betfair (www.betfair.com) is one of the largest providers of online sports betting in the world, and official sponsor of CONMEBOL Libertadores and Sudamericana. The company, founded in London in 2000, pioneered the provision of peer-to-peer (Betfair Exchange) betting in the betting industry and manages a full suite of sports betting, entertainment events and online gaming products for over 4 million of customers worldwide, available to over 18s.

Thanks to its cutting-edge technology, the platform offers a wide catalog of products that allows you to bet with your own odds and odds offered by other users. Betfair is licensed to operate online betting and other games in 19 countries including Spain, Italy, Malta, Colombia and Great Britain.