On the sleeves of the uniform

Ferroviário Atlético Clube has just officially announced Royal Bets as a new sponsor until the end of the 2022 season of the Brasileirão Série C. The brand is a reference in sports betting in the country and will stamp the sleeves of the coral uniform. In addition, Royal Bets will also be present on social media, the club's official website, matchday materials and interview backdrops. 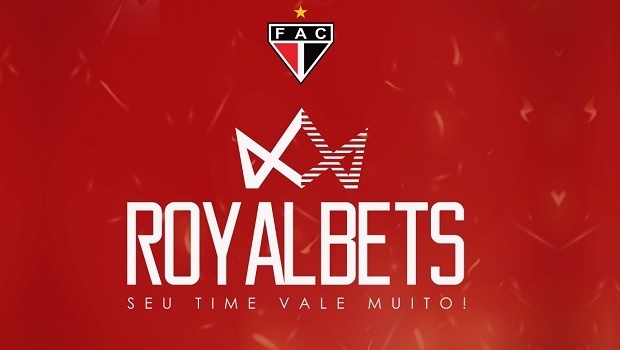 Ferroviário Atlético Clube, one of the most traditional football teams in Ceará, has just announced the bookmaker Royal Bets as its new sponsor. The agreement is valid until the end of the 2022 season and the bookmaker will occupy the sleeves of the coral uniform.

The club won the Cearense cChampionship title nine times and was among the three best in the state's Série A for 50 times. In addition, he was Brazilian Series D Champion in 2018.

Royal Bets is a sportsbook with a very user-friendly interface and easy navigation offering betting on the main sports and tournaments from around the world, especially football, basketball, tennis, American football and MMA, among others.

Attentive to compliance rules, Royal Bets makes clear on its website the importance of responsible gambling and offers tools for parental control and tips to maintain financial control in betting. The site also presents a questionnaire to customers so that they can assess whether they have problems such as betting, in order to prevent the customer from developing inappropriate behavior and impulsively exceeding their limit.