Responsible for deal with Betano, Pedro Melo will participate in SBC Summit Latinoamérica 2022

Pedro Melo, the manager responsible for the commercial area of Atlético-MG and who works in the capture sponsorships, was invited to participate in the event ‘SBC Summit Latinoamérica 2022', which takes place in Florida (USA), next November 1-3. The professional will be part of a panel that will discuss the sponsorship market of bookmakers and the potential for generating revenue in Brazilian football. 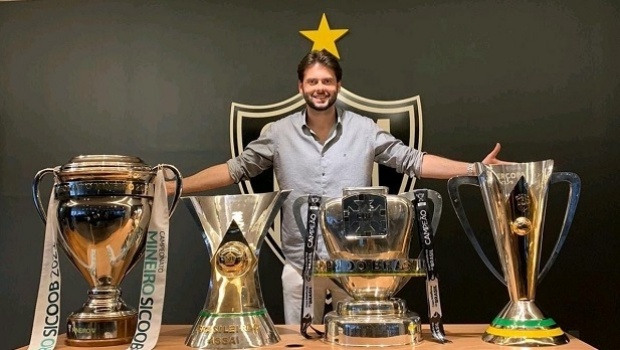 Since 2018 at Atlético-MG, Melo has been responsible for capturing the biggest master sponsorship in the club's history, with Betano.

“It is an honor to receive the invitation to such a large event, which discusses this sector that already moves so much money in the country. The sports betting market is already a reality in Brazilian football, so much so that, currently, all 20 teams in Serie A have companies in this field as sponsors,” says Pedro Melo.

“In 2021 we signed a partnership with Betano and we were the first club in South America to sign a contract with them. The agreement has been so positive that, in March of this year, we renewed the agreement until the end of 2024,” adds the executive.

Melo started his career at São Paulo in 2008 as a marketing coordinator in the fan-partner sector.

In addition to his time at the ‘Tricolor’, the director, who worked for multinational companies, was Head of Marketing and Sponsorship at Flamengo between 2016 and 2018, when he participated in the team that reached more than R$120 million (US$ 23.5m) in sponsorships.

In July 2022, Pedro Melo was elected the best Commercial Executive in the football industry in South America, in an award given by Confut Sudamericana.