CNN Brasil: Main candidates for president do not take a stand on gambling legalization

Approved in the Chamber of Deputies in February of this year, the project that legalizes gambling in Brazil is now being discussed in the Senate. The proposal would allow the operation, for example, of casinos, bingos, ‘jogo do bicho’ and online betting in the country. CNN asked pre-candidates for the Presidency of the Republic what they think about the possibility of legalizing gambling in the country. For the moment, Lula and Jair Bolsonaro decided not to comment on the subject. 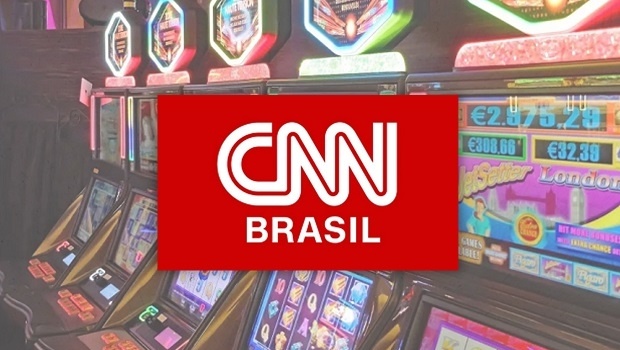 If the bill becomes law, casinos can be installed in resorts and tourist destinations. Bingos could only work in houses dedicated to this function.

For the legalization of the local popular ‘jogo do bicho’, the text proposes that all betting records be computerized and with the possibility of real-time access by the Union, through the Audit and Control System.

CNN asked pre-candidates for the Presidency of the Republic what they think about the possibility of legalizing gambling in the country.

Check out the answers below:

Luiz Inácio Lula da Silva (PT): The candidate did not respond at the time of publication.

Jair Bolsonaro (PL): The candidate did not respond at the time of publication.

Ciro Gomes (PDT): The candidate did not respond at the time of publication.

Simone Tebet (MDB): The candidate did not respond at the time of publication.

Pablo Marçal (Pros):
When we talk about gambling, there will always be passionate positions for and against. Gambling has been banned since 1946, when President Dutra, after reading a journalistic article that classified casinos as “factories of addiction and crime”, made the headlines of a major newspaper. In the mid-1990s, we had new partial regulation with the Zico Law, revoked in 2004 by President Lula, after a corruption and extortion scandal involving his government against businessmen in the gaming industry.

In both cases, we have the almost dictatorial position of the Chief Executive against an economic activity without promoting the desirable discussion of the matter with parliament and society in general. Although games have the addictive potential to negatively impact a portion of the population, it is undeniable that, under the control of regulatory agencies, they can become an activity that generates jobs, taxes and promotes tourism and growth for certain regions.

As there are points in favor and against the practice — in addition to the fact that we already have regulated activities in this area, such as lotteries —, not to mention the wide activity of virtual casinos that attracts crowds of players without generating a single cent of taxes for the country, I understand that we need to of a broad discussion with society on the subject. We have 75% of countries in the world that regulate this activity and can serve as a basis for the creation of a Brazilian model that is capable of generating wealth for the nation and not squandering it.

Felipe d’Avila (Novo):
Our government plan speaks of federalism and freedom for states to make decisions. So, I believe we should be inspired by the United States and respect the federalist position on these issues: states and municipalities should have the autonomy to decide whether or not to authorize gambling. The legalization of gambling has social and economic consequences. If a city or state is prepared to handle this, why not? It is silly to think that the whole of Brazil needs to follow the same rule on all subjects. Diversity is an asset of the country.

Vera Lúcia (PSTU):
We believe that it is correct to legalize gambling in Brazil, as this measure avoids the phenomenon of clandestine gambling mafias.

José Maria Eymael (DC): The candidate did not respond at the time of publication.

Leonardo Pericles (UP): The candidate did not respond at the time of publication.

Sofia Manzano (PCB): The candidate did not respond at the time of publication.

CNN and SBT networks, the newspaper O Estado de S. Paulo, the magazine Veja, the portal Terra and the radio NovaBrasilFM formed a pool to hold the debate between the candidates for the Presidency of the Republic, which will take place on September 24th. The debate will be broadcast live on CNN on TV and on our digital platforms.