Gambling sponsorships in UK sports on the rise

While there is an effort from government authorities to ban gambling sponsorships of sports teams in the UK, a new study by Caytoo shows an increase in new deals, not a decrease. The English Premier League (EPL) considers signing a voluntary front-of-shirt sponsorship ban, but sports like rugby, cricket, and others are embracing the gambling industry more than before. 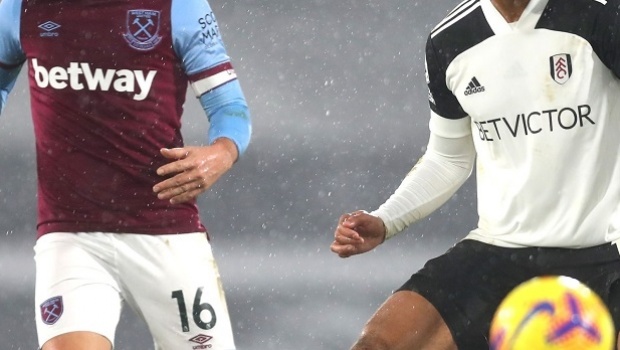 The English Premier League (EPL) is likely to sign off on a voluntary front-of-shirt sponsorship ban, even as some of its clubs sign new deals. This would appease gambling opponents everywhere and respond to what the league says is overwhelming support from its fans.

However, in other sports, sponsorships are on the rise. Caytoo reports that rugby, cricket, and others are embracing the gambling industry more than before.

Over the past few years, the number of gaming companies holding prime real estate on sports jerseys dropped by 48%. This has been particularly evident in the EPL. Most of the league’s clubs reportedly support the idea that sports and sports betting don’t mix well.

However, beginning last year, the number of gaming-related sponsorships has started to grow. Caytoo took a closer look at 226 football, rugby, and cricket teams across England and Wales before finding the surprising results.

Gambling is the fourth-most prevalent front-of-shirt sponsor, and the “third-fastest growing sector” in sports sponsorships. However, even with a growth rate of 9.2% and a 7.5% penetration, it still only holds a small piece of the market.

“Deals in rugby and cricket have resulted in a mini comeback which will surprise many as publicity on gambling sponsorship centres on football. So, the big questions are: will the Premier League voluntary ban happen and if so, will other divisions or sports such as rugby and cricket follow suit?” reads the Caytoo report.

Gaming regulators, certain politicians, and gambling opponents have been behind a campaign to get rid of all forms of gambling advertising in the UK, including sponsorships. However, recent rumors indicate that the government’s forthcoming white paper on gambling won’t include a mandatory sponsorship ban.

Instead, it may suggest a voluntary ban, which the EPL will likely vote on in September. Eight of the league’s 20 teams still have gaming-related front-of-shirt sponsorships.

With gambling on the rise, other sectors had to fall. Previously, sectors such as financial services, construction, and travel and tourism began to take prominent positions on sports shirts. However, they have all fallen by at least 4.4%.

Last year, the financial services sector was in second place in terms of sports sponsorships. However, it has now dropped from 8.4% to 6.1%. Liquor and alcohol deals are down as well, going from 3.1% to 1.3%.

For cricket and rugby, even with the increase in gambling sponsorships, they still have their preferred segments. For cricket, automotive companies now control 17.7% of the shirts. This is up from 13.1% a year ago. Alcohol took its biggest loss here, going from 9.8% to just 3.2%.

In rugby, for both the rugby union and the rugby leagues, retail is the leader. It moved up from 7% to 13.3%. In addition, financial services plummeted from 15.8% to 5%.

It still isn’t clear what the future holds for gambling in the UK. There are a lot of unanswered questions that the white paper will address. However, continued delays in its release only make it more difficult for gaming operators to make long-term plans.