Tribute in networks of the main companies

Queen Elizabeth II passed away this Thursday, September 8, after seven decades at the head of the English monarchy. The most important bookmakers in the world were born in the United Kingdom, which today pay tribute on social network and close their stores to join the mourning of the entire nation. William Hill, Flutter (PaddyPower, Betfair), Entain (bwin, Ladbrokes), Clarion, Kambi and Betfred are just some of the companies that have already sent their condolence messages. 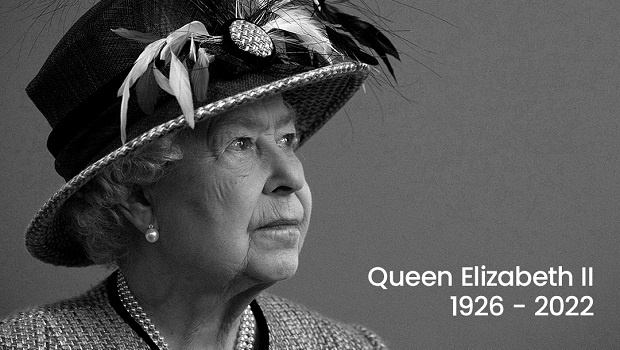 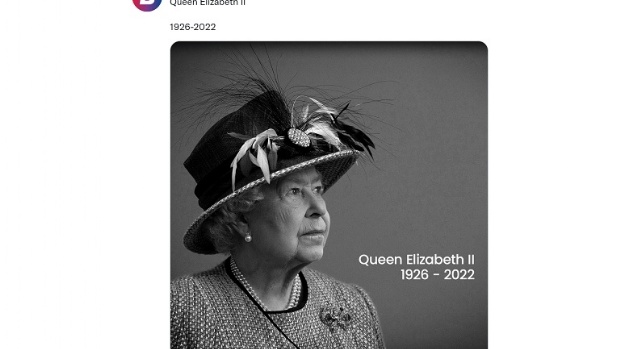 The longest monarch in the history of the United Kingdom died on Thursday (8) afternoon at the age of 96. The whole world is standing in solidarity with the Royal Family and the British. The world's leading sportsbooks – most of them of English origin – pay tribute to Her Majesty.

William Hill closed its doors following the official announcement of her death and will remain closed this Friday (9) in solidarity with the Royal Family and Queen Elizabeth's subjects around the world. On all social media of the bookmaker, the message of mourning and recognition of the leadership and charisma of one of the most impressive women of the last decades.

“We are saddened by the death of Her Majesty the Queen. Queen Elizabeth II, our longest reigning monarch, has been an important and steadfast figure during times of massive change. We join with the nation to express our deepest condolences to the Royal Family,” says William Hill's message on its social media.

Through their parent company Flutter, PokerStars, Paddy Power, Betfair, FanDuel and Fox Bet also send their sincere condolences to the Royal Family and Her Majesty's subjects in the four countries that make up the United Kingdom (Scotland, England, Northern Ireland and Wales) and the Commonwealth, a community in which Elizabeth II was also the monarch.

Flutter's message reads: "We are deeply saddened by the news of the passing of Her Majesty The Queen. She has dedicated her life to the service of her country and the Commonwealth for over 70 years. Our condolences are with the Royal Family and we join the nation in mourning their loss.”

Entain, the holding company that houses, among other brands, bwin, Coral, Ladbrokes, PartyPoker and Sportingbet, also expressed its condolences to subjects and a simple tribute to Queen Elizabeth II, leaving on its social networks: “Entain would like to express sincere condolences on the death of Her Majesty Queen Elizabeth II.”

Another sportsbook that decided to close its doors upon receiving the official news was Betfred, which will also remain closed this Friday. In honor of the Queen, the betting house published on its social networks a nice Picture of the Monarch and the information that “as a sign of respect, all our stores are closed tonight and will remain closed tomorrow.” 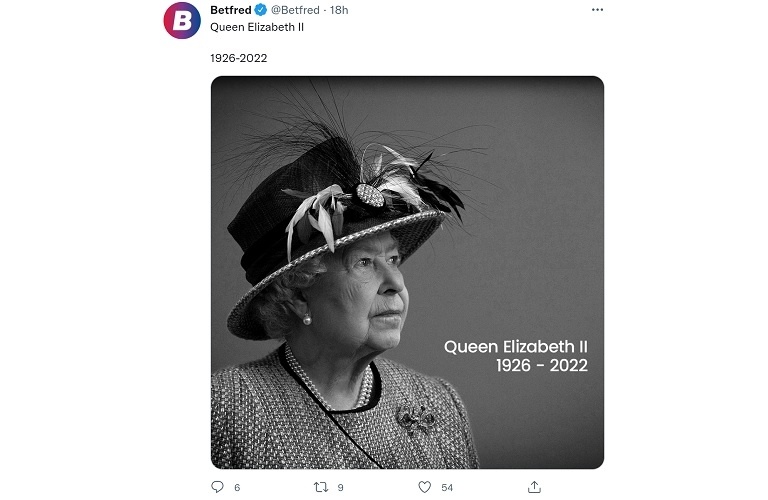 Kambi also offered their tribute and respect to the Queen on its social media, talking about leadership, inspiration and the loss of a great world leader. “We often talk of leadership in business, asking ourselves what the attributes of a great leader are. Yesterday, the United Kingdom, Commonwealth and indeed the globe lost a great leader whose attributes of hard work, sacrifice and duty inspired millions. Today, Kambi is mourning the loss of Her Majesty Queen Elizabeth II. We extend our condolences to The Royal Family at this time, and also give thanks to Her Majesty for her 70 years of service.”

The British Horse Racing Authority also showed solidarity with the Nation and the Royal Family. Elizabeth II has always been passionate about horses and the entity highlighted this in its networks, remembering that she was the patron of The Jockey Club and Thoroughbred Breeders Association.

The Arena Racing Company also paid tribute, highlighting that Her Majesty the Queen was a leading figure not only for British horse racing, but for the Nation.

The entire team at Clarion Gaming, organizer of ICE London, also left their messages for the Queen's passing: "Our thoughts and condolences are with the Royal Family and the rest of the country at this sad time, following the death of Her Majesty the Queen."