Brazil, Argentina, and Mexico also in the sight

AstroPay, a provider of online payment solutions with a strong focus on the iGaming and betting sector, has released a new prepaid Visa card in Peru that will enable consumers to use it and add more security to their online operations. AstroPay will seek to replicate this business model later in Brazil, Argentina, and Mexico, also key iGaming and sports betting markets in the region. 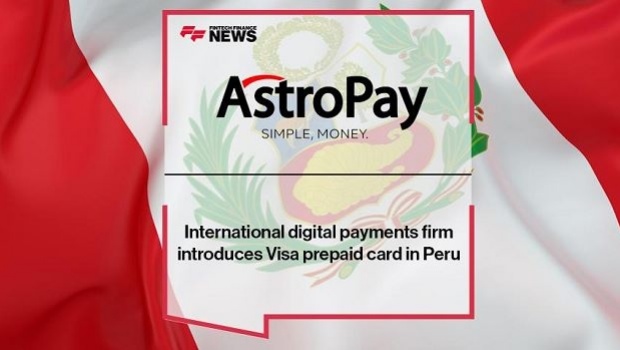 The card is designed to be activated quickly, easily, and without any additional charges to players. It can be used at any merchant that accepts Visa, and the card is also tied to a cashback scheme.

This is part of AstroPay’s broader ambition for the Latin American market where the company is actively seeking to expand. It focuses on consumers without bank accounts and wishes to help them access the digital economy.

AstroPay’s prepaid card will also be available in the local currency, Peruvian Soles, and American dollars. The product was already tested in the United Kingdom and has been deemed a success. Now, AstroPay is hoping to litmus test the card in Peru as a precursor to further growth opportunities in the Latin American region.

Some of the markets Astro will attempt to break into later may include Brazil, Argentina, and Mexico, which are also the largest iGaming and sports betting markets in the region.

Commenting on the development, AstroPay’s CTO & CFO Guillermo Dotta hailed the opportunity to see his company’s position in the emerging payment sector in Peru strengthened.

“Standing on our existing operations in the country, we are not only offering our existing and new users a simpler experience with their finances but also creating a frictionless experience for unbanked customers looking to enter the financial system,” Dotta said.

Dotta explained that the new product is designed to target and deliver on the needs and preferences of consumers in the Latin American region. Visa Peru general manager Gilberto Chaparro was similarly pleased with the collaboration and said that the company was working actively with prominent companies from the sector to push for the further digitalization of payments in the region.

AstroPay is already present in the Brazilian market with a similar launch of prepaid cards, although with Mastercard. The company is also offering cryptocurrency solutions in the Latin American region with Huobi Global, an established crypto company.