The Paulistão of 2023 has not escaped the rule of Brazilian football in recent years and is practically dominated by marketing actions by bookmakers. Of the 16 clubs in the Sao Paulo state championship, 12 have sponsorship from this sector, whether in the jersey or in other types of partnership, which means 75% of the competitors. 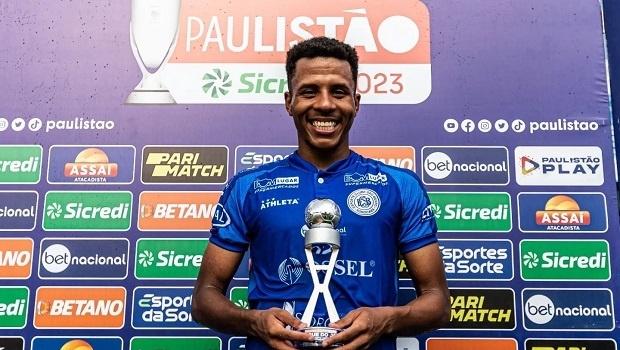 Only Inter de Limeira, Ferroviária, Portuguesa and São Bernardo are teams that do not have deals with this branch. The tournament itself recently closed an agreement with Esportes da Sorte, in a contract that will put the company in more than 100 competition games in different activation modes.

"We see Paulistão as the highest exponent among the state championships in our country, both in terms of visibility and in terms of quality as a football event. Fostering the biggest state championship for the most beloved sport among Brazilians makes total sense for us," said Darwin Filho, CEO of Esportes da Sorte.

All major football clubs in São Paulo are sponsored by companies of the sports betting sector. Corinthians, the biggest winner in the history of the competition, and Santos, the club with the highest number of scorers in Paulistão, have Pixbet's support. Palmeiras and São Paulo, the last two champions of the tournament, have deals with Betfair and Sportsbet.io, respectively, the latter being the master sponsor.

“The bookmakers have invested heavily in football, as these partnerships generate positive results for both parties. Clubs receive substantial funding and, on the other hand, companies in the field conquer a space of great relevance, with repercussions even outside the country. With the current success of these agreements, I believe that the number of sponsorships between companies and teams should only grow," says Hans Schleier, marketing director of Casa de Apostas.

The phenomenon of growth of sports betting companies in football goes beyond the state of São Paulo and affects the entire country. In the last edition of the Campeonato Brasileiro, all 20 clubs that participated in the tournament had commercial agreements with companies in the field and only Palmeiras did not have a sector’s brand on its game uniform.

"The bookmakers have invested hundreds of millions of reais in Brazilian football. This investment is important for clubs and competitions, after all, if well spent in good management, everyone will be favored," says Fábio Wolff, partner-owner of Wolff Sports, which brokered partnerships such as Ituano with Betfast.io and Santos with Pixbet.

For the 2023 season, two competitions organized by the CBF have partnerships with Betano. This week, the highest entity of Brazilian football announced the bookmaker as a sponsor of the Supercopa do Brasil. In addition, this year's Copa do Brasil had naming rights sold to the company.

Sponsorships of bookmakers in the Campeonato Paulista: