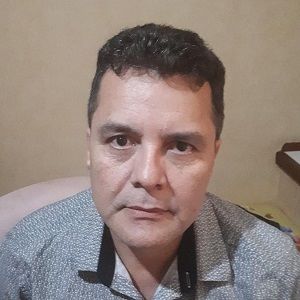 With just a few weeks to go before the election that will define the future President of Brazil, the largest country in South America can approve in the coming months, through amendments to the Tourism Regulatory Framework in the Federal Chamber, the Legalization of Casinos, Bingos, Online Games and bingos in stadiums. 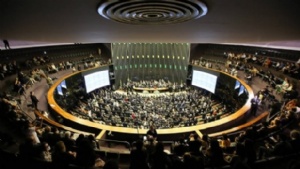 For almost four years, businessmen in the sector have clashed in the Federal Congress for the legalization of gambling in Brazil. Several projects have been presented both in the Chamber and in the Senate; however, during this period Brazil faced many political problems that led to the expulsion and imprisonment of the former president of the Chamber of Deputies, removal of the President of the Republic, distrust of the current president and even imprisonment of the former president, the most popular leader of the country, making difficult the approval of the project that resulted from the work of the Regulatory Framework of Gaming in Brazil.

Today, even in the face of the disbelief of many, there is a real possibility that some of the gaming modalities may enter as amendments to the Tourism Regulatory Framework in Brazil. The theme, of which Mr. Paulo Azi from the DEM of Bahia has as rapporteur, is to promote and de-bureaucratizing the tourism sector in Brazil, and was presented in plenary receiving 8 amendments from deputies that allow the legal development of some modalities. Now, a call for agenda is waiting in the Chamber of Deputies plenary to conclude the discussion of the floor and the vote of the project, which needs to have the vote of 257 of the 513 Federal Deputies.

While waiting for this window to vote on the Draft Regulatory Framework in the Chamber of Deputies, next October 7 Brazilians will choose the future President of Brazil. The country's biggest popular leader, Luis Inacio Lula da Silva, who has decreed the end of bingos in Brazil, still has the highest positive index in public opinion polls and also the highest index of voter rejection. He is accused of commanding a gang of corrupt and is already sentenced in the second instance to a period of 12 years and a month in priosion, reason that takes him out of the dispute, since he is framed within the so-called File Clears Law, which does not allow the participation of convicted on second instance.

With Lula out of the dispute, ex-military Jair Bolsonaro is leading the polls, but he also has the most rejection besides Lula. Another fact contrary to Bolsonaro, who defends a fight against corruption and violence, concerns to the short time of propaganda in the networks of radio and tv since he will only have 18 seconds per day to expose its platform. Bolsonaro has already stated that he will not openly defend the legalization of gaming, but admits that the revenue from the activity will be welcome to the country, which is in a serious financial crisis.

Among the left candidates are Marina Silva and Ciro Gomes, who remain technically tied, and they also have little time of exposure on TV and radio -Ciro 1 minute and 20 seconds and Marina 46 seconds- both do not demonstrate sympathy to gaming , but they have been candidates in other times and have not been able reach the second round of a presidential election.

Just below them is Geraldo Alckmin, the former Governor of the State of São Paulo twice, who has the largest alliance ring of the election, allowing him to have 11 minutes and 03 seconds of exposure. Opponents are trying to link Alckmin with the image of the current president, who has a very low popularity. Alckmin has a strong stance in favor of gaming and believes that the activity will be able to foster several areas that need support.

Another candidate will be Fernando Hadad, who will probably be Lula's substitute. His indexes in the polls are low, but fatally he must bring in his views an opinion contrary to gaming, just like his leaders.

In the case of Legislative power, the tendency is that we will continue to have Rodrigo Maia, current President of the Chamber of Deputies, as the maximum representative of the Legislative, since he decided to drop his candidacy to President of the Republic to sew the bow of alliances that sustains the Geraldo Alckmin's candidacy, as MPs from 5 of the 7 largest parties have already agreed that they will support the re-election of Rodrigo Maia for the next two years in office. He has been one of the great promoters of the legalization of the activity in Brazil.

That the candidates be chosen and finally ... that bets are made!!!

João Estevam Amaral- Journalist- Former owner of Bingos in Rio de Janeiro and gaming machine operator in several States of Brazil. He works close to the steps of legalization of the activity in Brasilia, and represents companies from outside Brazil - joao-estevam@hotmail.com